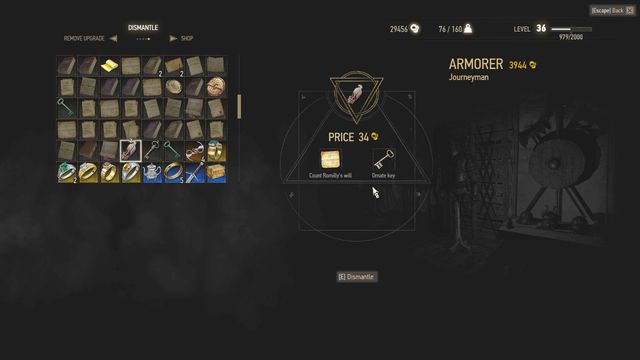 If during the Open Sesame! - part I quest you have won the first item on the auction - the bird statue, you can break it at any blacksmith/armorsmith and reveal what it hides inside - a key and previous owner's testament. Read the testament in order to reveal the localization of a hidden treasure - the abandoned castle on the eastern edge of the map (M1,11). 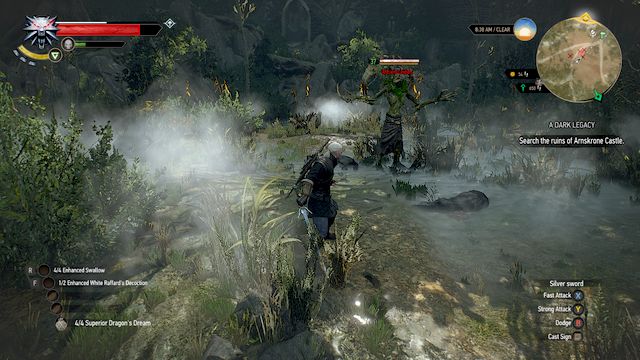 Expect a great defense in front of the ruins - a pack of wolves (level 34) and an Ancient Leshen (level 37) are guarding the entrance and the second part of count Romilly's testament which you will find as a hidden treasure near the skeleton under the tree (this will start The Secret Life of Count Romilly quest). In the ruins you will have to face two wolves and a warg.

If you're not sure if you want to fight the Leshen, you can get from the hill to the inside of the walls from the other side. 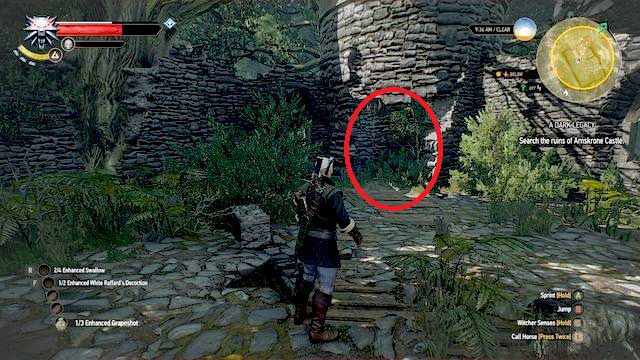 In the southern part of the ruins you will find a tower with stairs that lead down. In the first room ahead you will find a closed chest (you received the key with the testament in the statue) in which, in addition to various lesser items, you will find a diagram for exceptional steel sword - Black Unicorn.

In the second room behind the damaged door (use Aard on it) you will be attacked by three wraiths and behind the wall you will find crafting ingredients in a chest - opening both chests is required for completing the quest.