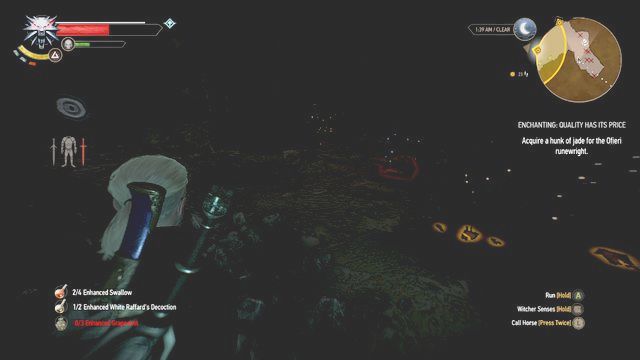 The body of a dead man in the cave

Northeast from Yantra village you can find a mine (M1,5). Inside it, near the entrance there's a body with a letter and a key. After reading the note you will learn the whereabouts of a treasure. In addition to almost ten Arachnomorfs (level 34), in the chamber behind the corridor you will find one more which is larger than the rest - you can consider him a mini boss. To deal with him effectively, use Grapeshots which will stun him, and Quen and Aard signs. Perform quick attacks and dodges from the teeth attack, jumps and spider net shots. 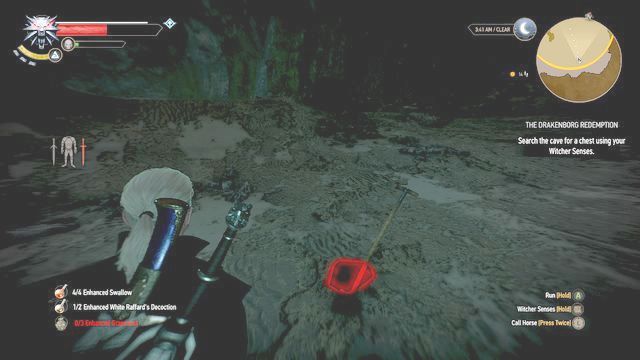 The treasure is hidden in the middle of the cave, in the place with a shovel. This time the chest contains only coins, but in a large amount of almost 500 florens.