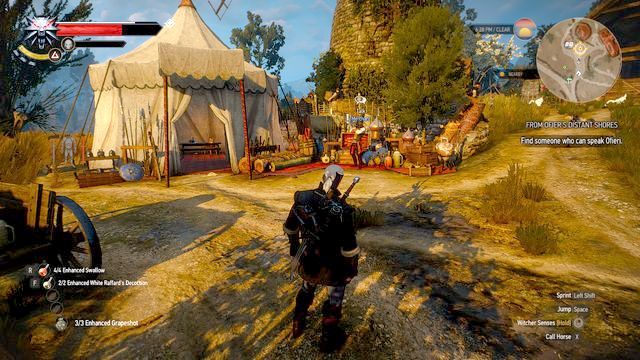 Talk with Ofieri merchant (M1,6) who can be found nearby the Brunwich village on the east. He will give you a quest during which you will have to find four stolen diagrams. The quest can be also activated by finding one of the diagrams during world exploration. This quest allows you to obtain Ofieri gear and the I Wore Ofieri Before It Was Cool trophy. 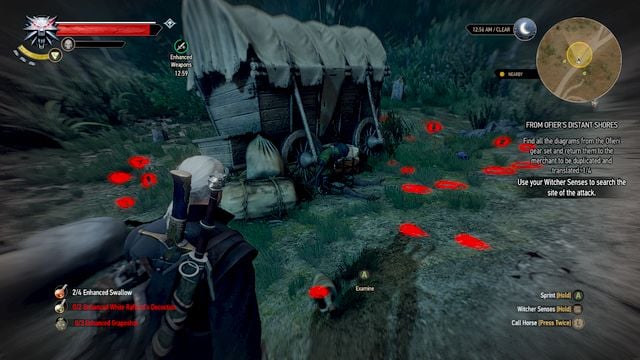 A wagon near the road

Near the road in the northern part of the marked territory you will find a ransacked wagon and a trail near it. The trail will lead you to a corpse. Not far further, hidden under the ground you will find the entrance leading underground. 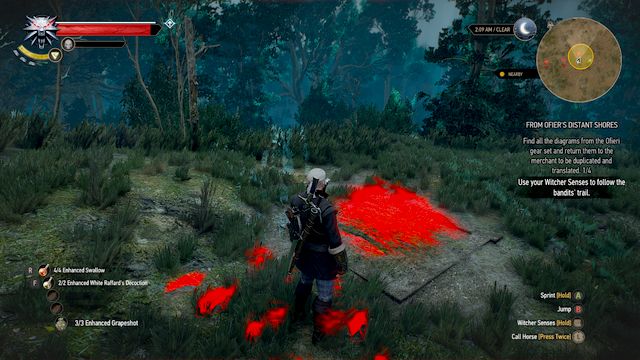 Hidden hatch to the hideout

After walking inside you will have to face four opponents (level 34). After that you can open the chest that contains the second diagram, clues about the whereabouts of the next one and Superior Beast Oil. 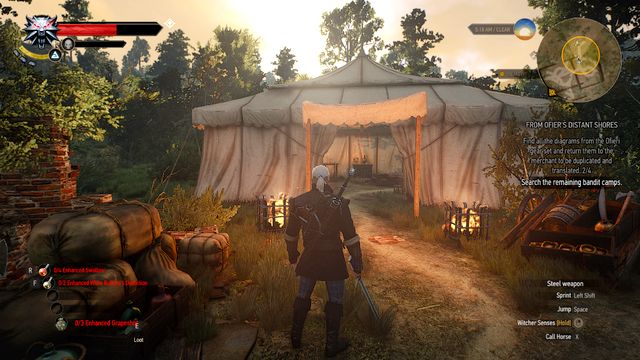 The tent with a chest containing the diagram

The remaining three camps (M1,7) can be visited in any order you want. In one of them, which is located in the old ruins on the eastern part of the map, you will have to face a large group of 10 opponents. Chest with the diagram can be found in a white tent. 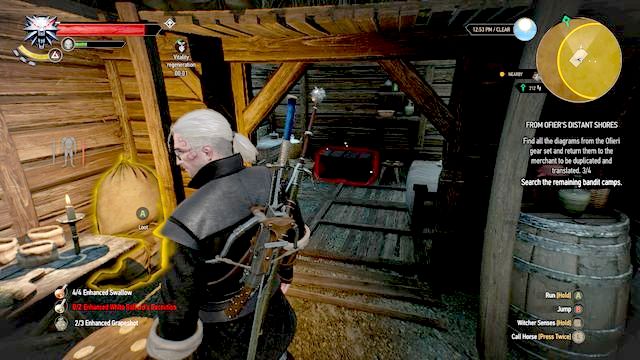 The chest hidden in a house

At the northern edge of the map you will find the second camp, guarded by four opponents. The diagram can be found lying in a chest in the hut. There you will also find the diagram for Order of the Flaming Rose sword. 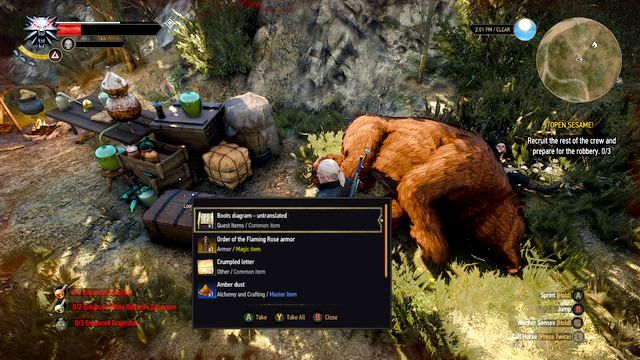 Search the chest in the camp

One of the camps can be found south from the place where the questgiver is located (M1,7). There you will find a chest containing the diagram. There are 6 bandits on level 33-34 in the camp.

Once you gather all diagrams, go back to the questgiver. He will tell you to return the next day, once he prepares a copy of the diagrams for you: Ofieri Boots, Ofieri Scale Armor, Ofieri Gauntlets and Ofieri Sharovary.