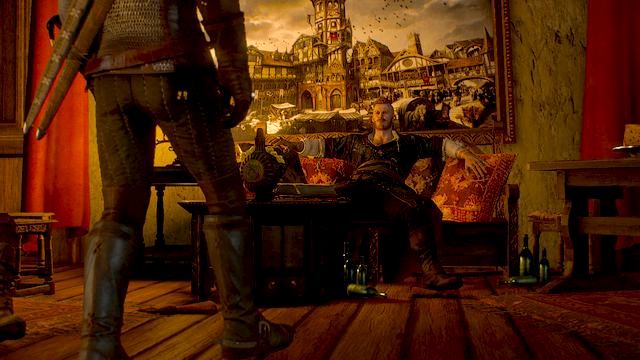 The Witcher 3: Hearts of Stone game requires updating the game to the newest version before it can be started. If you want, you can continue the game from the basic version's save. You can also start a new game, in that case the quests from the expansion will be automatically added to your journal. Suggested character level for the expansion's quests is above 30.

If you performed a clean installation of the game and you want to use old saves, you must have a game folder in the "My documents" directory (if the folder is missing, for example after previously uninstalling the application, you must start the game and the folder will be created automatically). Then you can copy your saves there (precise path: user_name\Documents\The Witcher 3\gamesaves). If the folder exists and your saves are inside, the expansion pack will automatically recognize them and will allow you to play as your character. If during previous play you were using the free DLCs, you must have them also installed when playing The Witcher 3: Hearts of Stone.

There is also a third option for players who don't have any saves or want to experience the new story by playing only the expansion - there is a character on 32 level prepared by the game developers. This character has 42 skill points ready to be distributed and the basic equipment adequate to his level. If you choose that option, you cannot participate in any main nor side quests from the basic version of the game. However, Witcher contracts and treasure hunts (including gear pieces) are still available.

Game elements added in the expansion: