On this page of the guide to The Witcher 3 Wild Hunt, you will find a walkthrough for a side quest - Contract: Skellige's Most Wanted. This is a DLC quest and the following walkthrough describes, among other things, how to find out about the contract, how to prepare before entering the cave, and how to defeat the monsters led by the Arachas. 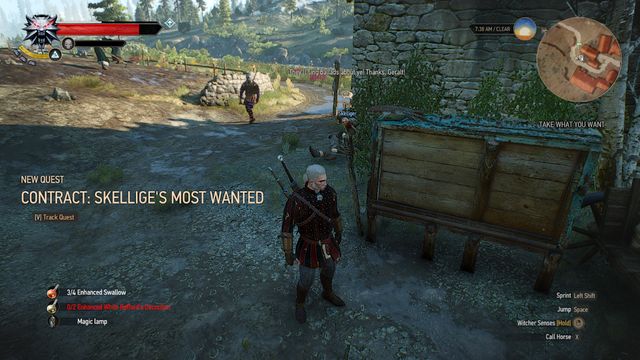 The note on the board in Fyresdal

You will start this quest by reading the note on the notice board in Fyresdal (M14,6) on Skellige. Near the board you will find the questgiver, among the group of peasants. The price he is willing to pay is around 340 crowns. Don't be fooled by the quest objective the merchant is talking about, you won't be fighting nekkers. 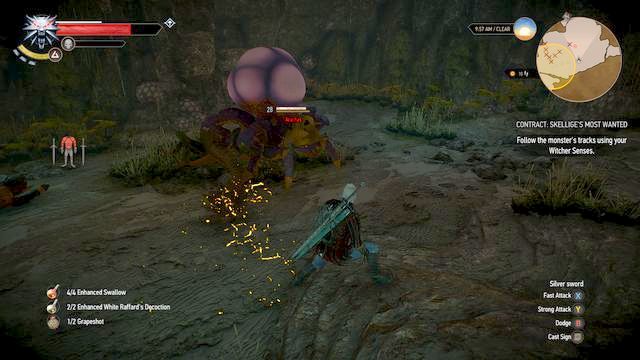 Arachas in the cave

Go to the accident site. After searching the body and examining the animal, a rock will be thrown at you. Walk up the hill and follow the nekker's footprints.

Note - After entering the cave, there will be no turning back. It is worth getting ready in advance.

In the cave, first you will face two Endragas on 28 level, and then a whole swarm of Endraga workers. Finally, you will face the Arachas on the same level. 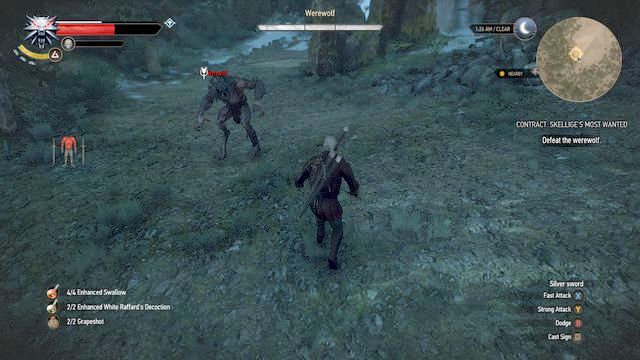 A werewolf - whether you want it or not, you will have to fight with this one

Go deeper into the cave until you reach a laboratory. After a short cutscene, leave the cave through the door and play with a group of nekkers (level 12). Then, go to the marked place nearby - you must walk there during night or simply meditate there - the cutscene will trigger automatically in the meantime.

You will meet four monsters: a doppler, a botchling, a werewolf and an ice troll. Now you can decide whether you want to fight all of them at once (excluding the botchling). If yes, you will receive less experience and only the mutagen and werewolf skin. If you start negotiations that will prove that Geralt is honorable (at least two good errands done for monsters during other main and side quests are required), you will face only the werewolf and will receive great nekker boots and almost twice more experience from the botchling. The werewolf and other monsters will be at level 28.