On this page of the guide to The Witcher 3: Wild Hunt, you will find walkthroughs for all side quests in Kaer Morhen , i.e. in the witcher's stronghold that you visit at the end of the campaign. Our walkthrough suggests, among others, what attractions await in the ruins of the bastion, how to investigate the witcher's forge and weather anomalies, and how to behave in a troll cave. 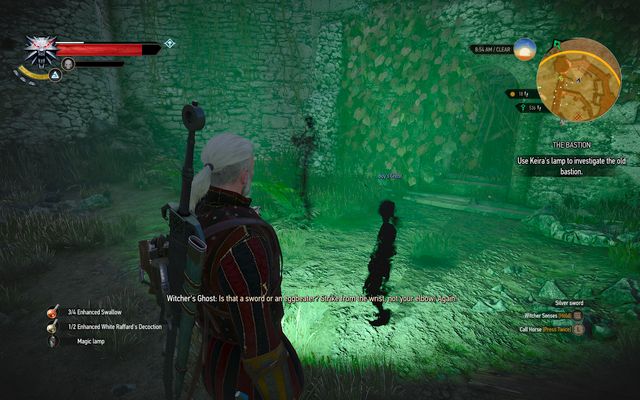 West from Kaer Morhen you will find large ruins of an old bastion. After killing few ghosts (level 26-27) use the Magic Lamp received from Keira Metz to investigate tracks of the past in four places in the bastion. Then you will be able to start searching for the boy's body.

For the record, acquiring the Magic Lamp from Keira Metz was part of a secondary objective Magic Lamp. We have described it on the page side quests in Fyke Isle in Velen. 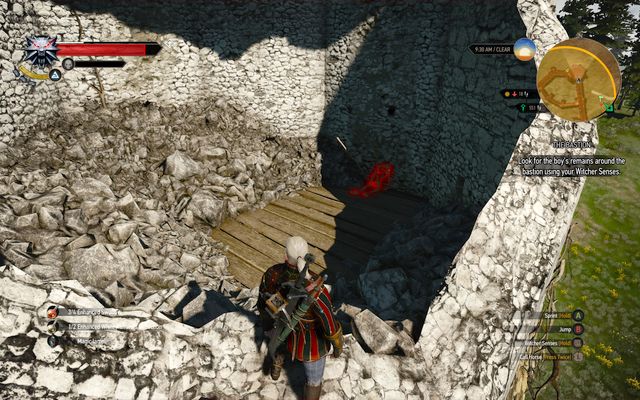 Boy's remains in the tower

Get to the tower by using the ladder on the eastern side. You will find the bones in the tower. After burying them in the marked location the quest will end. 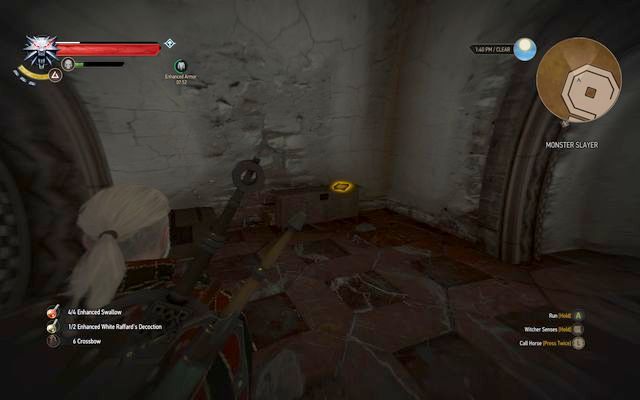 First you must find a book in Kaer Morhen. There are spiral stairs behind the kitchen - don't walk on them, instead go to the opposite side from the entrance, you will see the book you search for on the chest. After picking it up and reading it, the quest starts. 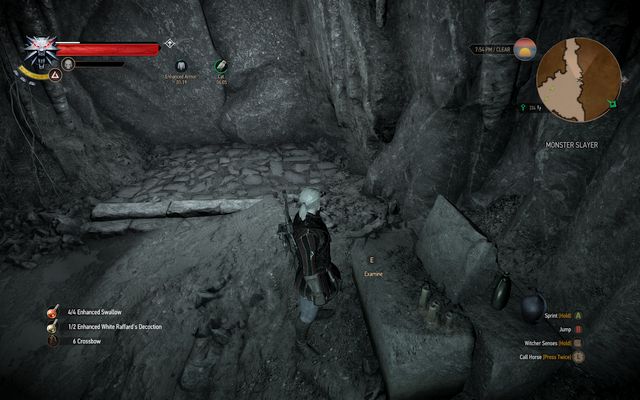 "Altar" at the entrance to the forge

Now you must reach the Iron Mine marker South from Kaer Morhen, at the river (western side). Once you enter the cave, you will quickly find an Earth elemental at level 30. Once you kill him, walk to the "altar" and place the book you found previously on it. Entrance to the forge will open. 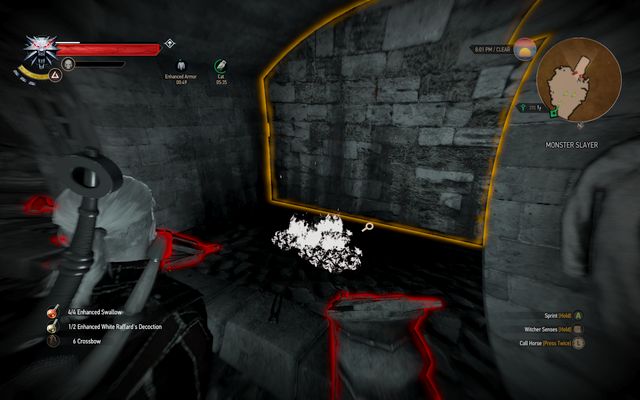 Bellows and the highlighted entrance hidden in the furnace

Use the bellows to heat up the fire. A ghost will appear and he will summon a Fire elemental (Ifrit) on level 30. Use the Northern Wind bomb to put down his fire and be able to freely attack him like any other golem. Dimetrium bomb can be also used to make it impossible for him to throw fireballs.

Once you defeat the enemy, walk to the furnace, there's an illusion there. Behind there's a locker in which you will find three armors of low quality - not a good reward, so you shouldn't complete this quest if all you want are rewards. 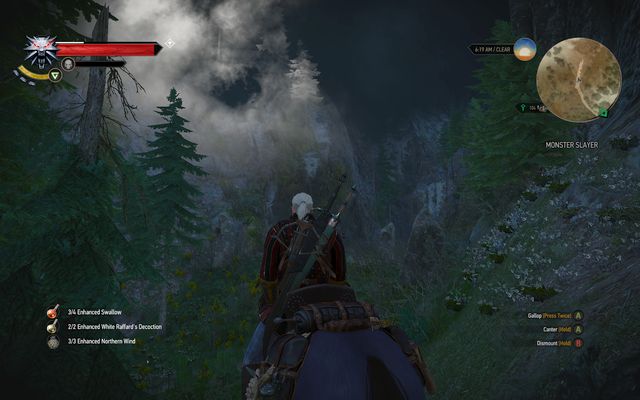 Go to the place where you can find weather anomalies. It's South-East from Kaer Morhen. To get there, reach the split of the path where one branch is leading through a river. From that place you must go straightly East. On the map you will see a part of a path that has no beginning and no end, also going horizontally. The "Greenhouse" can be found behind a rock. 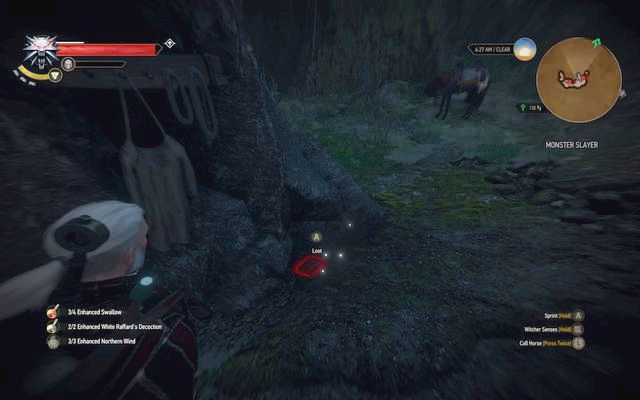 Once you reach it, examine the items lying around and with the Eye of Nehaleni (the artifact received from Keira) examine the rock near those items (it's more or less half the size of Geralt's). You will find hidden notes there.

After reading them you must use Igni sign on two stone pillars and Aard sign on the third one. A fiend (level 27) will appear. After defeating him, you must wait 24 hours before revisiting this place. Some herbals will appear here then, once you collect them, the quest will end. 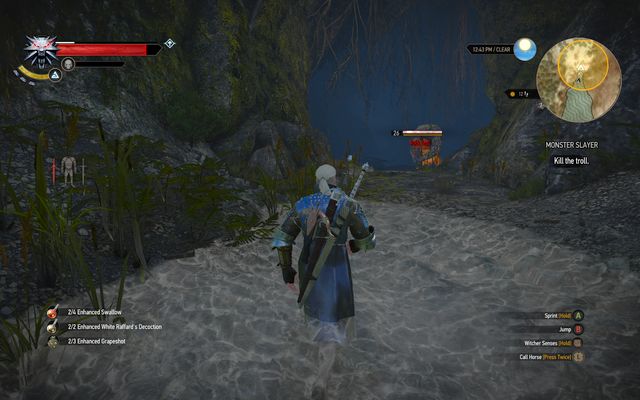 Troll in his cave

East from the hut at the lake (marker) swim or walk through the shore to a small bay where you will find entrance to a cave. Inside you will find a troll (level 26). Kill him and search the cave. You will find some notes. After reading them the quest will end.