This page of The Witcher 3 Wild Hunt explains where to find ingredients for White Gull, one of the most useful potions in the game. We also write on how to get its recipe.

White Gull: What is it?

White Gull is a special potion that is the main ingredient of all the best receipts. Because of that, obtaining it is a key matter that will allow you to further develop your character.

Below you will find few advice about obtaining the recipe and specific ingredients required for brewing it.

White Gull: How to get recipe?

Sadly, obtaining the recipe for White Gull is completely random. It can't be found nor bought in one specific place in the game world.

There are 3 main ways of obtaining this receipt, none of which is simple or quick.

To be fair, below you will find a list of merchants at which various players have found White Gull most often:

White Gull: How to get ingredients?

Once you obtain the recipe (which might be quite frustrating), you must gather all the ingredients required. Luckily, it's much simpler. To brew White Gull you will need:

Empty bottle and Arenaria can be bought at virtually any alchemist so these ingredients should be obtained with no trouble. Same goes for Redanian Herbal, it can be bought from any innkeeper.

All that remain is to buy two remaining alcohols required for brewing the potion - Mandrake Cordial and Cherry Cordial. Not every innkeeper has them, so we will inform you where these two drinks can be found. Usually a merchant has 2-5 pieces of a single alcohol, but there is no problem with buying from him more than once in a row. Simply return from the buying window to general conversation window and again ask him to show you his merchandise. The potions you're interested in will replenish. 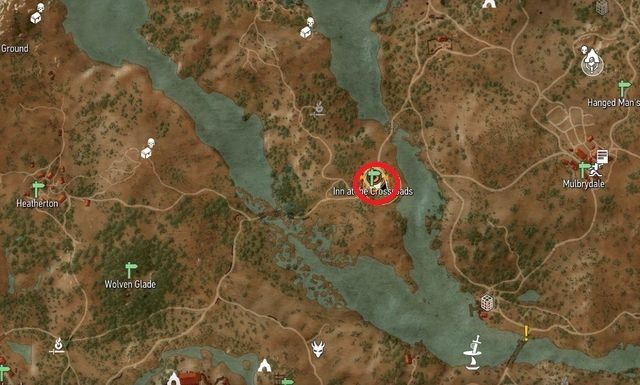 In the Inn at the Crossroads (M2 map) you can buy both alcohol types.

In Crow's Perch (M3 map) you will find two merchants - one in the outskirts, second in the castle. They both sell Mandrake Cordial and Cherry Cordial. 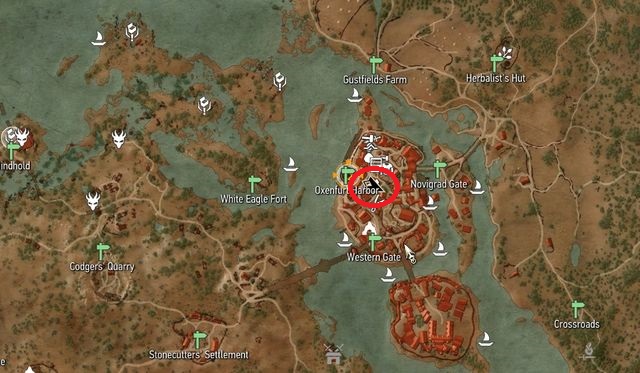 All alcohol types can be also bought from Stjepan in Oxenfurt (M8 map).