This page of The Witcher 3: Wild Hunt guide contains a walkthrough of the campaign epilogue . This is the main quest Something Ends, Something Begins. Our walkthrough takes into account the different course of the epilogue, depending on how Ciri's fate unfolded as a result of the earlier decisions.

There are very large spoilers on the page about Ciri's fate . We recommend reading further only if you want to find out what are the ending variants of the game.

The epilogue, which is the last main quest, is different depending on the decisions you made during the important parts of the game. The possible options and decisions are described in the separate chapter called Endings.

Also noteworthy is the fact that after completing the story you can still play the game. This is the perfect opportunity to deal with the missed side quests, to complete the research of the game world and to complete the campaign of the two DLCs. 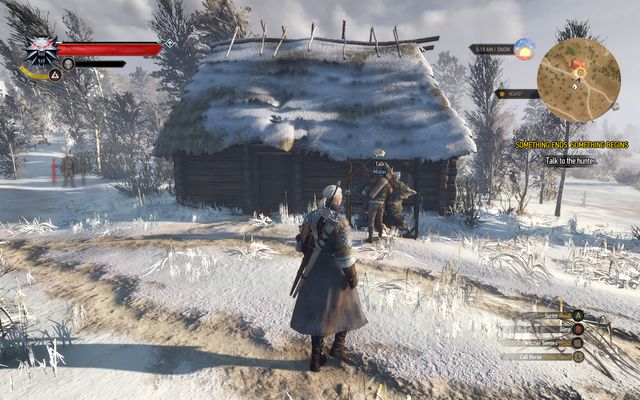 You're in the inn. Walk out and go talk with the Hunter. He will point you to Ciri. Talk to the girl - she will want you to show her the nest where the griffin lived. Once you reach it, a forktail (level 30) will attack you. After the battle, go fishing. 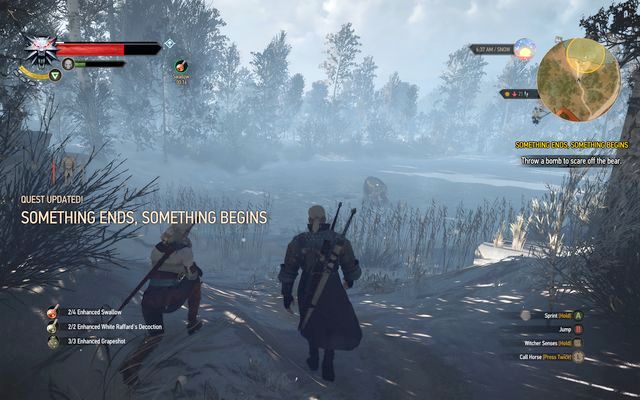 Go with Ciri to places that she wants to see

There's a bear at the lake - use bomb to scare him away and to get fish from the airhole (four of them). After collecting them, walk for a while with Cirilla. After few cutscenes you will reach the end of the storyline. 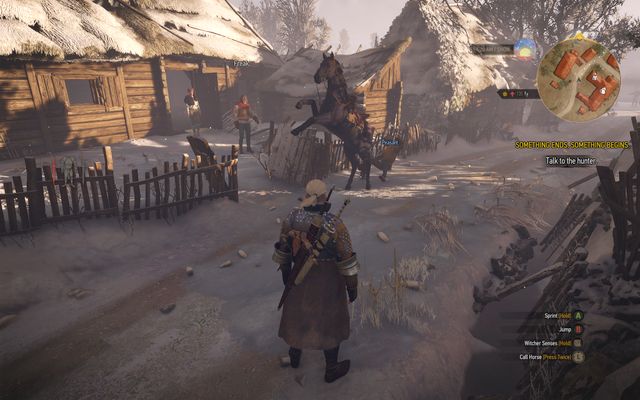 After leaving the inn, you will notice a horse that throws a peasant from his back. Follow the horse and soon you will meet the owner with the animal. After a short conversation the quest will end.

The shortest epilogue. After the first cutscene, simply go to the northern ruins of the nilfgaardian outpost. There you will receive a sword which you will give to Ciri in the inn. The quest ends after that.

You're at the swamps. A werewolf will come to meet you. Make him guide you to the witch from the swamps whom escaped after the battle with Ciri at the Bald Mountain. Soon you will face her, but first you will meet some peasants that have captured a she-wolf. You can tell them to free the animal, she will attack immediately after that. There are many of them (and they have dogs), but they are weak. The drowners that you will meet on the way to the witch will be harder.

During the battle with the witch, first take care of her companions (drowners and water hags). Then the battle becomes easy, you must only watch out for the moment when she transforms into crows and changes her position - while doing so, she deals small damage to you. Watch out for her attacks as well, she can use them even if you're in the middle of the assault. After the battle ends, the game ends as well.