On this page of the guide to The Witcher 3: Wild Hunt, we have included a walkthrough of the Bald Mountain main quest. This is the first quest of the campaign epilogue and our walkthrough explains, how to get to Bald Mountain, how to deal with the mini-boss Sylvan, how to eliminate the witches as Ciri and how to defeat Imerlith.

Meeting with Tekla on the slope of Bald Mountain 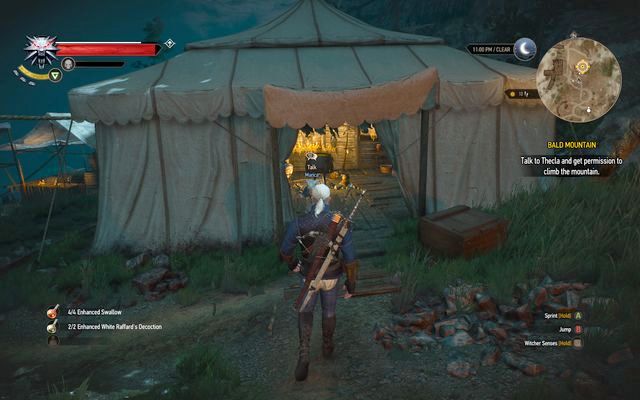 From now on you start act 3. You will reach a usually abandoned village at the Bald Mountain slope. Locals will stop you. After a short conversation, you will have to go to Thecla. She will want you to dive and get the coin thrown to the pond. Once you pick it up, go back and return it to the woman - she will allow you to pass through the gate. 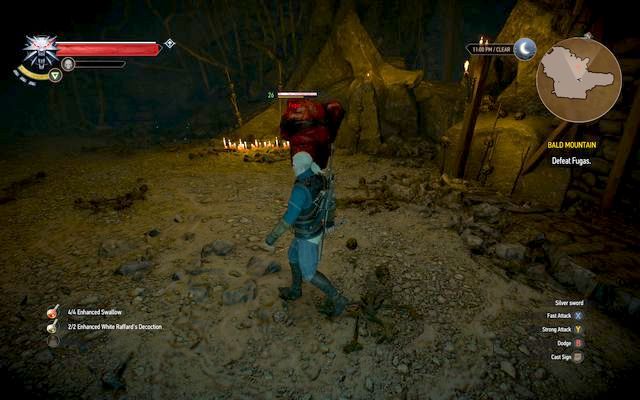 Sylvan - the guard of the passage

Despite that, use relict oil before walking through the gate. No matter what you tell the guard, you will have to fight him. He is a sylvan; however, he is quite different from his kind. Instead of being vulnerable to fire, he attacks with it. In addition to using dodges regularly, Yrden is a good weapon against him - each enemy's attack is slow, with the sign it can be easily stopped. 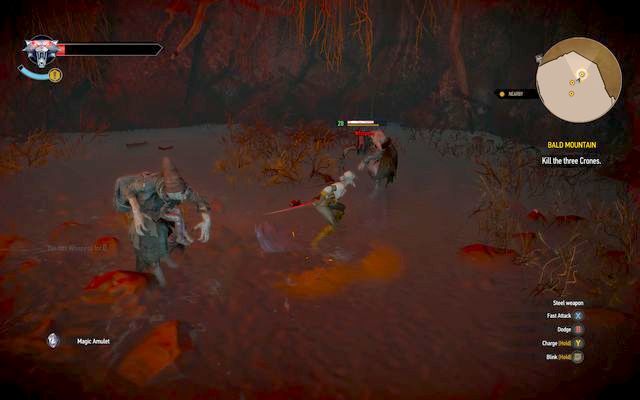 Witches from the swamps

After the battle, you continue as Ciri. Enter the hole and go deep into the corridor. You will face three crones. You should start with Brewess - the fatest one. Perform 1-3 hits, depending on when she attacks, then get behind her back. She doesn't escape nor teleports away, and in melee combat she doesn't use her ability (poison). If you manage to defeat her, the rest will be easier...

Then attack Whispess (the one with a bag hanging in front of her). She has slightly less health than the other crones. Watch out for her throwing dices skill which she uses when she is far from you. Once only Weavess remain, you shouldn't have any trouble with her.

How to defeat the crones - additional advices: 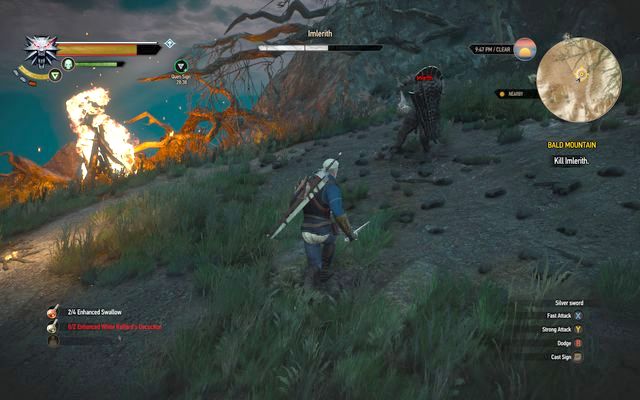 Imerlith - one of the main enemies

Once more you will switch to Geralt. If you have used potions during the previous battle, you can meditate now - the witcher won't meditate, but he will make new potions and free his body of toxins. Use the Place of Power while on the way to the enemy - in addition to a new ability, you will receive Quen sign boost. It will be very useful in combat ahead.

Imerlith is another boss. There's a specific tactic in case of this enemy that, properly used, guarantees victory. During the first phase (2/3 of enemy health) wait for an attack, dodge and hit him with two strong attacks. If enemy is performing a quick counterattack, you can again dodge and hit him twice with strong attacks. Repeat this sequence and back yourself up with Quen sign.

Once you reach the second sequence (remaining 1/3 of enemy health), he will start teleporting. You must use your intuition to guess when he will teleport and jump back (a short dodge won't be sufficient) around four times - then enemy will attack from above, and his weapon will block in the ground. When that happens, you can safely deal four quick hits to him and jump away. It is important to perform quick attacks immediately, before he manages to teleport again (around four hits). Using this tactic might take a long time to win, but it almost guarantees that you will win.