This page of The Witcher 3: Wild Hunt guide contains a walkthrough of the main quest - Blood on the Battlefield. The following walkthrough explains what is the important choice during the meeting with Ciri and how to behave regarding the emperor (a decision affecting Ciri's future).

Note - During this quest , two important choices are made that affect the ending. We advise you to read the description carefully if you want to unlock a specific ending of the game. All variants and factors influencing the campaign finale are described in detail in a separate chapter Endings . 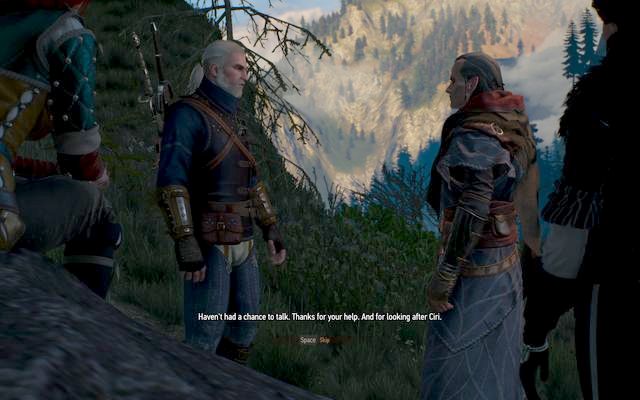 After the conversation with Avallac'h, go talk to Ciri

During this quest you will make an important decision. After the conversation with companions, Ciri will give you a question and you will have limited time to answer. You can tell her that she doesn't have to be good at everything or that you understand what's wrong and that you have a solution for that (first option is negative, second is positive) - you can see precisely how it impacts the ending in the Endings chapter of this guide. 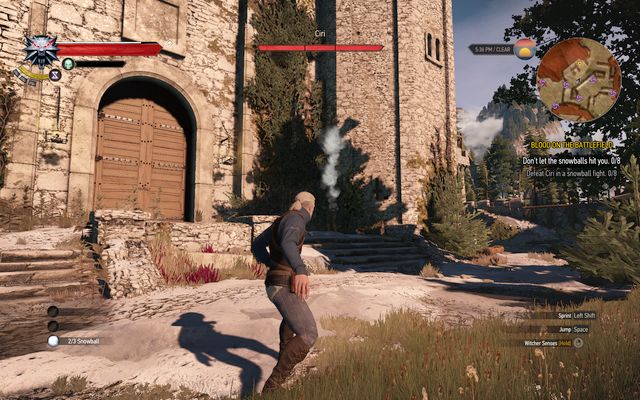 Snowball fight - it will be faster go win than give up

Then a short snowball fight will occur - you can let Ciri win by allowing her to hit you eight times or you can win by hitting her same amount of times. The snow for the snowballs can be gathered from the snow piles that are above other ones. The outcome of this "duel" won't matter.

Important choice 2 - Meeting with the emperor

Now the second decision will be made - whether you go to emperor Emhyr or directly to Velen (from where you will be taken to the ruler anyway). Depending on this decision, Ciri can become a witcher or empress. After a moment you will have another decision to make: Emhyr promised to pay you - you can decide whether you will take the reward (2000 crowns). If you refuse the payment, you won't be left empty-handed - you will get a new horse.

After that, a new quest called Bald Mountain will start. This will be the end of act 2.