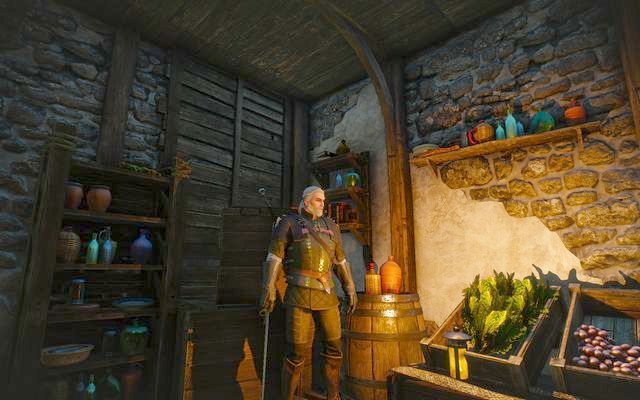 Griffin school gear works best for those players who like using the signs - each part of the armor - as well as swords - have a bonus, which increases along with upgrading the gear.

In order to get the enhanced schematics of the Griffin School Gear you will have to obtain two maps: Edwin Greloff's First Map and Edwin Greloff's Second Map. You can get both of them from the blacksmith in the Downwarren to the west of Velen (not far from the Keira Metz's house).

Location: Ruins to the north-west of Inn at the Crossroads 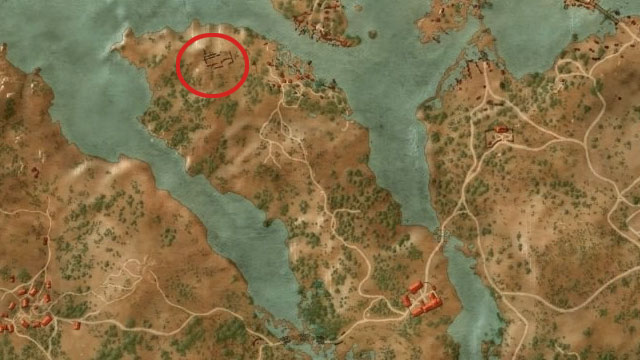 First enhancement for the boots can be found in the ruins to the north-west of the Inn at the Crossroads, near the brink of the island. 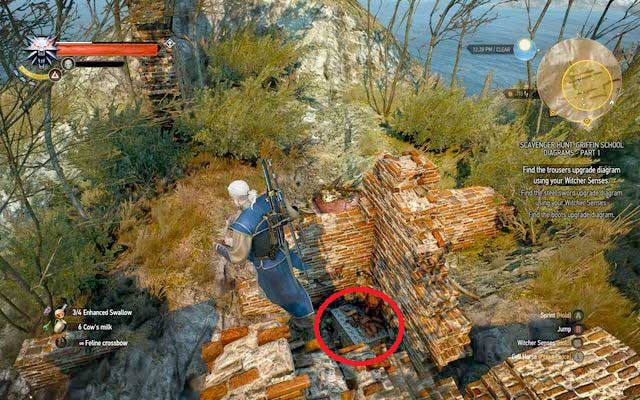 Schematic can be found in the chest inside the north-western part of the ruins. Precisely in-between the debris in a small room.

Location: Burned Ruins near the west side of the Crow's Perch 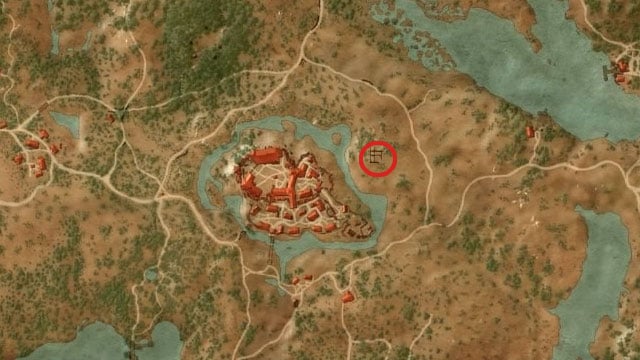 Diagram for the trousers lies in Burned Ruins near the west side of the Crow's Perch. 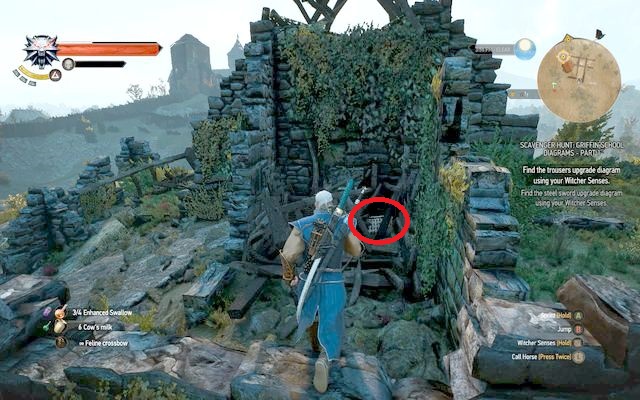 Approach the ruins from the west. You will find the chest between the fallen boards.

Location: To the south-west of the Refugee's Camp on the peninsula, by the bandits' camp. 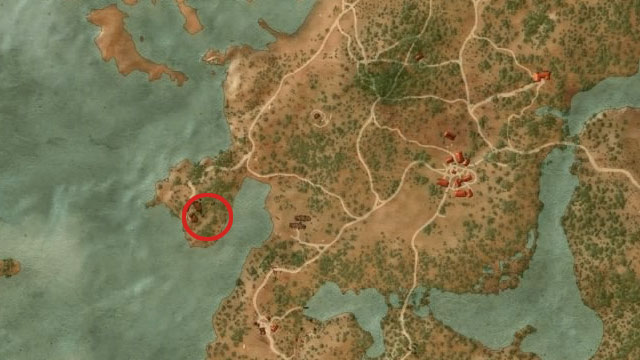 Diagram for the enhanced steel sword can be found on the cape in the western part of Velen (closest points are Refugee's Camp and Condyle). 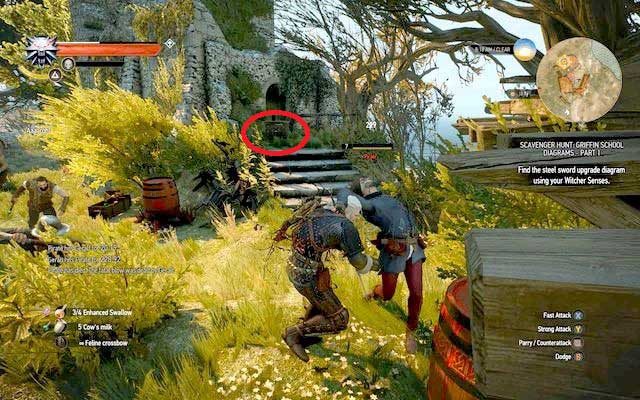 Chest on top of the stairs.

Approach the bandits' camp with the brick ruins. Chest is not hidden and can be found on top of the stairs. Watch out for the bandits (level 7) who are walking around this area. You can use Igni to destroy the explosive barrels.

Location: Cave to the south from Frischlow 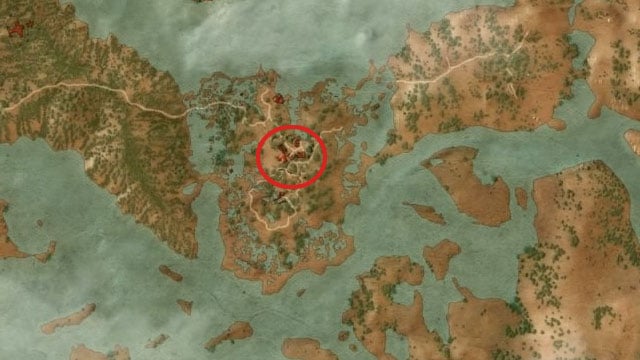 To the south of Velen lies Frischlow. Head south to the cave by the cemetery where the corpses burn. 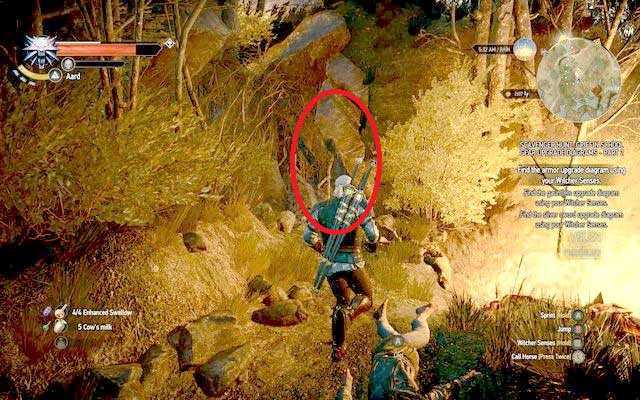 Get rid of the rocks first in order to enter,

Use Aard to make your way through the rocks. Inside there should be a chest with a diagram for gauntlets. Watch out for wraiths and a noonwraith.

Location: White Eagle Fort to the west of Oxenfurt 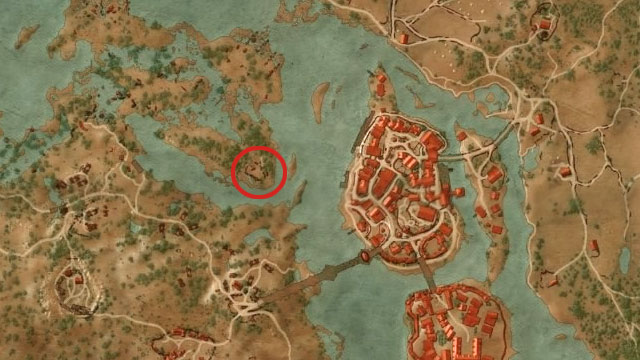 Armor can be found easily on the islands to the west from Oxenfurt, in the lair of a friendly troll. This location is called White Eagle Fort. 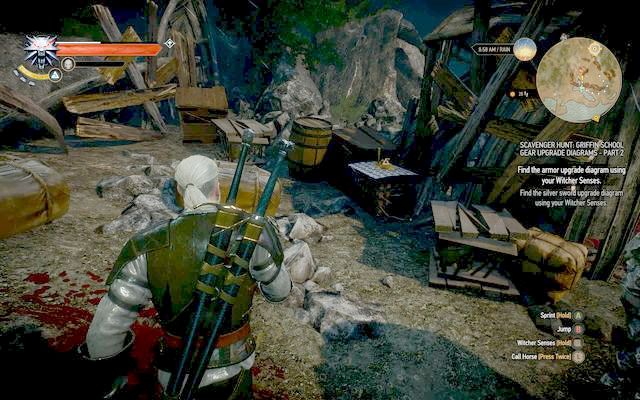 Chest in the troll's lair.

Diagram for the enhanced armor lies in a chest to the left from the troll's house.

Location: To the west from Bald Mountain: Crossroads, cave to the west of the marker. 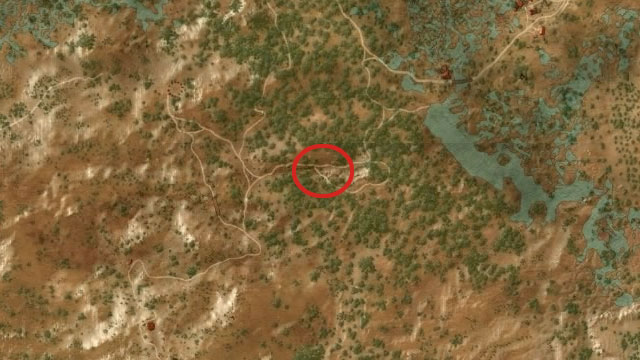 There are Crossroads leading to the cave in Bald Mountain. 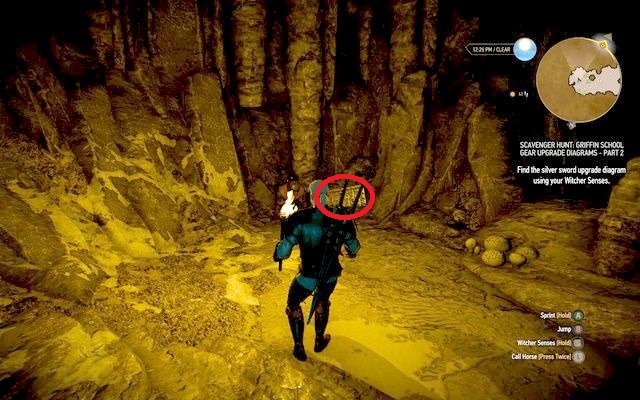 Chest with diagrams in the back of the cave.

There are no enemies inside this cave. Go to its end and look to the wall to your right. There should be a chest with the diagram for the silver sword.