This page of the guide to The Witcher 3: Wild Hunt includes walkthroughs of treasure hunt quests in the Kaer Muire region . These are minor optional quests related to, inter alia, the Bloodsword from the abandoned village, the Mellitele figurine and the D'yaebl sword from the lake, and the family treasure from the shipwreck. 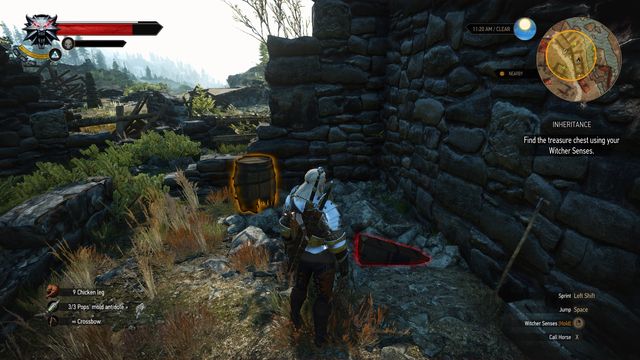 The treasure is buried in one of the destroyed houses.

Go to the abandoned village on the northern side of the map (M14,8). Find a soldier body, take the key and a letter, then read it. The quest will start automatically and a proper marker will appear on the minimap. The treasure is hidden in one of the destroyed houses standing near a small river, half buried in the ground. Open it with the key you found. Inside you will find, among other things, Bloodsword. 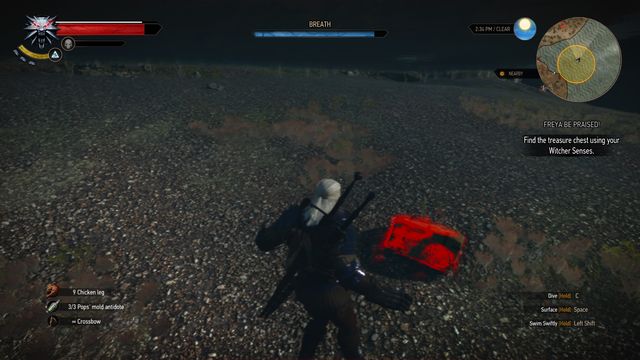 The treasure is lying at the bottom of a small lake.

Go near the small lake on the northern side of the location (M14,2). Kill the group of five Mucknixers on level 15. On the way you will find a body of an adventurer from which you must take a letter and a key. The treasure hunt quest will start. Read the letter. After that, the approximate location of the treasure will be marked on the map. You will find it at the bottom of a lake near which you were passing by. In the chest you will find large amount of gold, Melitele figurine and D'yaebl sword. 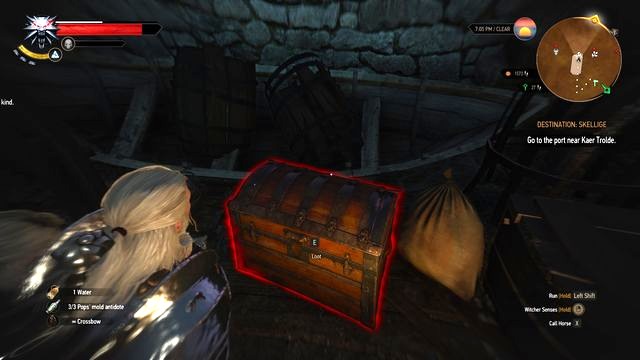 Take the letter that activates the quest.

In one of the houses in fisherman's village on the South of the island, you will find a chest (M14,7). Take a letter from inside and read it. The quest will start automatically. To find the treasure you must go around 150 meters South and swim to the shipwreck. Dive near it, the chest will be not far under the water, on the deck of the sunken ship. Watch out for two sirens at level 13. In the chest you will find few valuable items.