On this page of The Witcher 3 Wild Hunt guide, you will find a walkthrough for all side quests related to Kaer Muire . The walkthrough describes how to track a beast from the village of Fejrlund and what important choice is related to a Leshy. You'll also learn how to find and save kidnapped Kurisu, and how to behave when meeting a bard in love.

In the Heart of the Wood

The quest will start automatically after you get close to the southern exit from the Fayrlund (M14,1). Walk to a group of citizens surrounding a body of a dead hunter. A mysterious beast will be responsible for the murder. The citizens of the village will want you to get rid of the problem. Before taking the contract and bargaining the payment, you must find out with what are you dealing with. 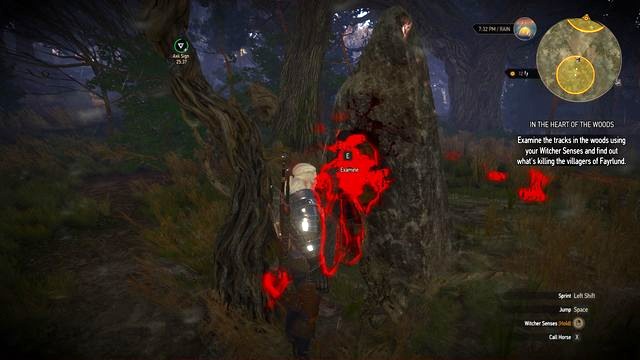 To learn with what you are dealing you must follow the trail into the forest.

Behind the corpse you will find a trail that you must follow. You will reach a stone with claw marks. This will tell you that the beast of the forest is a Leshen. Find the monster in the bestiary and read about it. After that, go back to the village. You can decide who to tell about what you discovered - Harald or Sven. This is an important decision, which will impact the rest of the quest.

Option A - Perform the ancient ritual

If you don't want to kill the Leshen, go to Harald. He will tell you that in order to stop the monster's attacks an ancient ritual must be performed. Go to the place marked on the map, more or less 200 meters south. When you get close to the tree, a group of white wolves on level 15 lead by one animal on level 23 will attack you. Take 5 hearts from the bodies of slain enemies. Walk to the small altar and make a sacrifice. A short scene will start. Now go back to the quest giver for the reward. 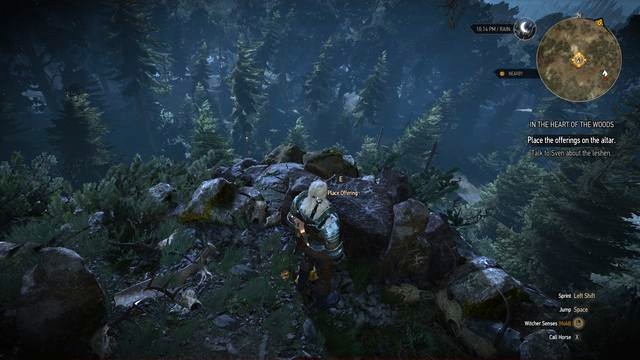 Place the wolves' hearts on a small altar near the cliff.

After receiving the money a group of villagers will walk to you. They will want to take Harald. You can interrupt them, it will lead to a fight in which you will have to defeat 4 warriors on 20 experience level. Killing them won't impact your reputation in the village, you will still be able to trade freely. If you won't react, Harald will be killed. In both cases you will receive 60 pieces of gold.

If you prefer to kill the Leshen, go to Sven who can be found in the center of the village. To permanently take care of the monster, you must find in the village the person "marked" by the spirit of the forest. Walk through the village while using the witcher senses. You will learn that the Leshen has picked one of the girls - Hilde. Tell Sven about it. During the conversation you will have to decide whether it's better to convince the villagers to kill the girl or only exile her from the village. The decision won't impact the rest of the quest. 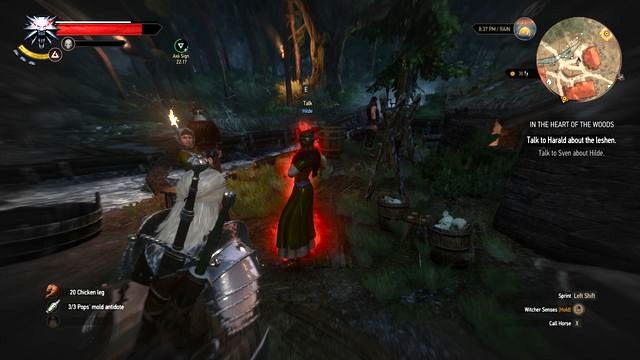 The woman "marked" by the Leshen is standing near the river.

Now go to the forest and destroy three totems. The easiest way to do it is by hitting them with the sword. Watch out for branches, they can deal large damage to you. On the way you can face few groups of white wolves on level 15. 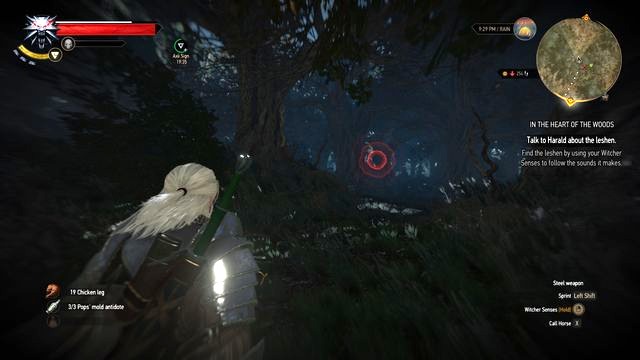 After destroying the totems walk towards the red point.

You must find the Leshen after you take care of the totems. You will do it by listening to noises he makes. Use witcher senses and go towards the red, pulsing point. When the battle starts, first take care of few wolves on level 20. Avoid ranged attacks of your enemy. Use Quen sign for protection as often as possible and deal damage with Igni. After you take around half of his energy, about 5 wolves on level 22 will run from all directions of the forest. It is wise to pause the battle with Leshen for a moment and take care of the wolves before they form a larger group. After you defeat them, resume dealing with the monster. Take the alchemy ingredients and the trophy (5% more experience for killing monsters) from the body of your enemy. Go back to Sven for reward.

When you go back to the village, you will learn that the villagers have killed Harald and his followers. You can avenge him or simply walk away. No matter how you act, you will receive 60 pieces of gold for killing the Leshen. 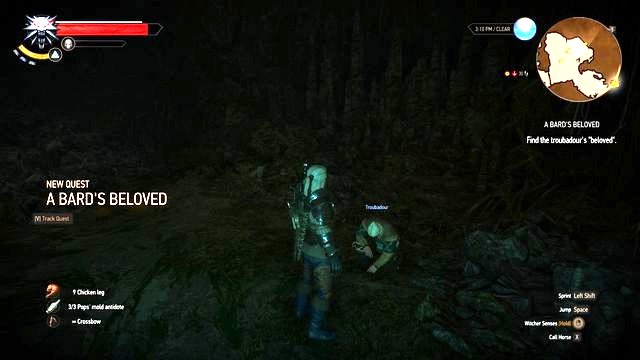 You will find the bard in the cave.

Go to the cave in the north-eastern part of the map (M14,3). There you will find a troubadour that is in love with someone or something.

If you're curious, you can check what this is all about. Go deep to the cave. There you will find a Water Hag on level 15. You must simply kill her, it shouldn't be hard. When you walk out of tunnel, the bard won't be there anymore.

Taken as a Lass

On the eastern shore of Aard Skellige island, in one of the bays with a boat (M14,4), you will meet a Warrior fighting two pirates on level 25. Help him and then talk to him. He will tell you that his sister has been kidnapped and he is looking for the kidnappers. 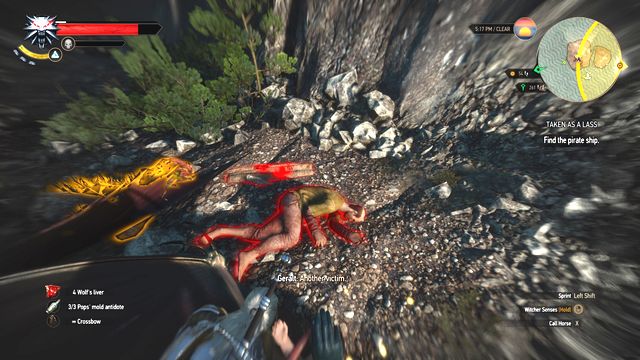 Examine all clues near the wrecked pirate ship.

To help him, you must travel to Hindarsfjall island (M18), more specifically to its western coast. Go to the point marked on your map. You will find a pirate ship there. However, the boat will be destroyed. Before you search that place, you must first kill few Ekhidnas on level 19. Enter the small island with the wreck and explore the place with your witcher senses. Find two bodies, a beam behind the ship and a bag of herbals. After examining those items, Geralt will say that he should look for the survivors in Freya temple on the island.

The temple is located in the north-western part of the island. Search for Kurisu there and talk with her. You will learn that she escaped from pirates and is pretty well. The quest will end. 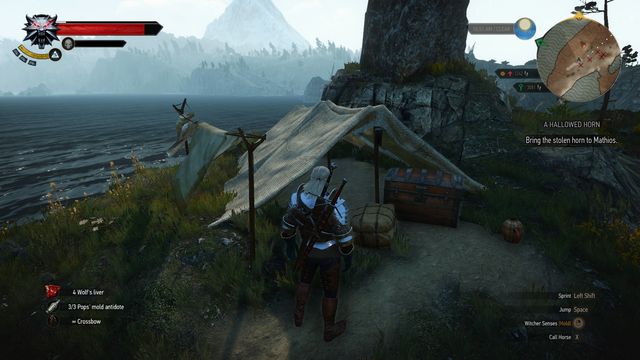 Take all items from the chest.

You will learn about the quest from the notice board near Kaer Muire (M14,5).

Go to the small peninsula in the south-western part of Kaer Trolde (M13). The territory where you should start the search will be marked on the minimap. When you reach it, take care of the pirates on level 14-15. There will be around six of them. In the middle of their small camp you will find a chest from which you must take a note. Now go back to Mathios who can be found under the Kaer Muire castle. You will receive 20 crowns from him.