This page of the Witcher 3 Wild Hunt guide contains a walkthrough for A Poet Under Pressure story quest. The solution below shows where to meet with Zoltan, how to ambush the convoy and how to successfully complete the scene with Ciri. 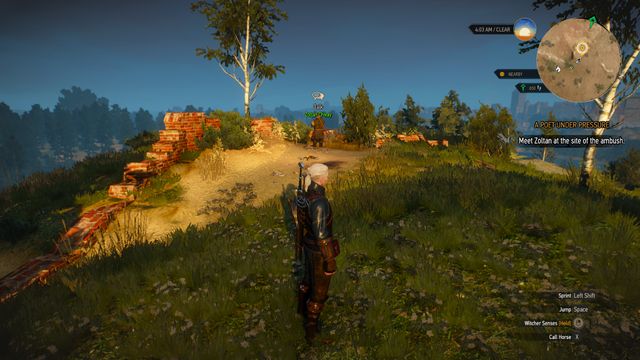 Meeting with Zoltan at the hill

Meet with Zoltan (M7,9) at the marked location near the city. An ambush has been prepared there. You must wait for the sunrise. While waiting, Priscilla will ask you to play Gwent - you can refuse but in that case you won't receive any reward for winning. 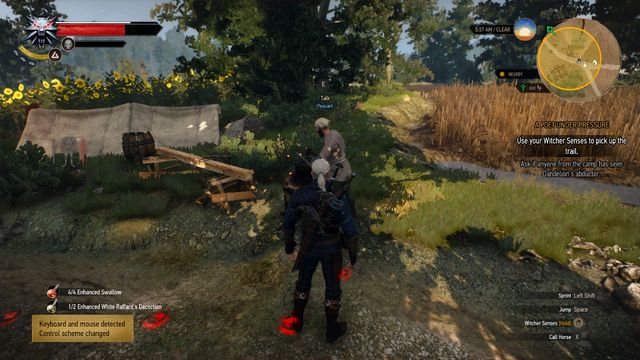 A man at the crossroads - ask him for directions

During the ambush, you can join the fighting, but this is not mandatory and there aren't any rewards for doing so.

Then, during the assault on the convoy, you don't need to participate in the battle - it won't give you any profits anyway. Instead, by examining the trail on the road, follow the Hunter that kidnapped Dandelion. At the crossroads a while ahead, you can ask a craftsman about directions, he will point you to the right side. You will reach halflings' hut. Talk to them and you will receive a key to the basement behind. Use it to get inside. Defeat the Hunter (level 13) in order to free the bard. 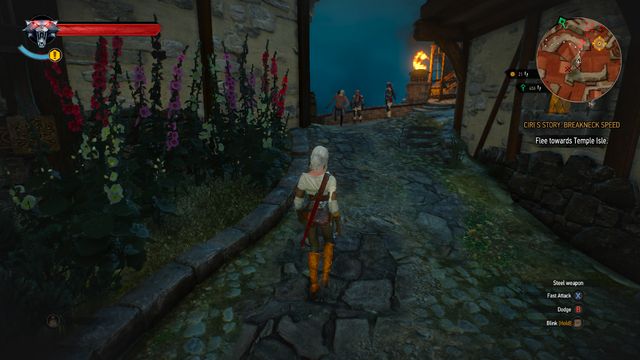 Ciri's Story on the Temple Isle

In the meantime Ciri's story will activate. You must reach the temple on the island in Novigrad. You don't need to defeat all the enemies on your path - you just need to run forward to the temple according to the markings. After the cutscene and a short conversation, the quest will end. 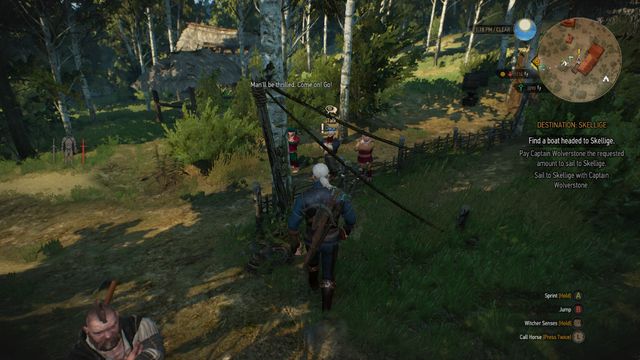 The midgets offer you a reward

Talk to the halflings in front of the hut. They will give you a portrait that is worth around 80 crowns. It's the last main quest in Novigrad, after finishing it you will receive two side quests: Cabaret and A Dangerous Game. Walkthrough for both these quests can be viewed in side quests in Novigrad page of the guide.