This page of The Witcher 3 Wild Hunt guide has all key information about mutagens. We explain what they are and what you can get by combining mutagens and skills of the same color. 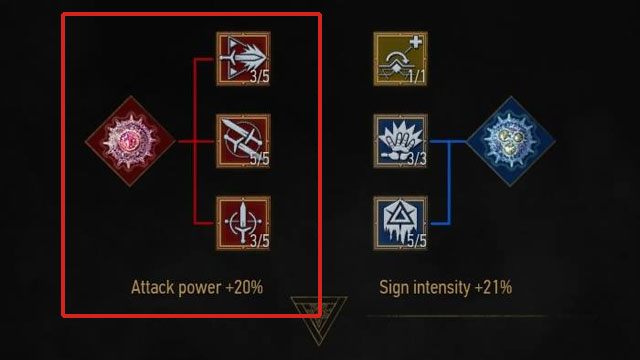 Mutagens are special objects that make Geralt stronger. Similarly to skills, they must be placed in specific slots in character window.

There are only four mutagen slots and, just as in case of skill slots, not all are available from the beginning To unlock all slots, Geralt will have to reach level 28.

What's important, mutagens can "cooperate" with your skills. It happens when you combine a mutagen and a skill of the same color in one group of slots. An example of such combination can be seen on the picture above - adding three red skills (Fencing category) to red mutagen has greatly improved its effectiveness. Of course, you don't need to combine colors no matter what, but the more connections you manage to create, the better it is for Geralt.