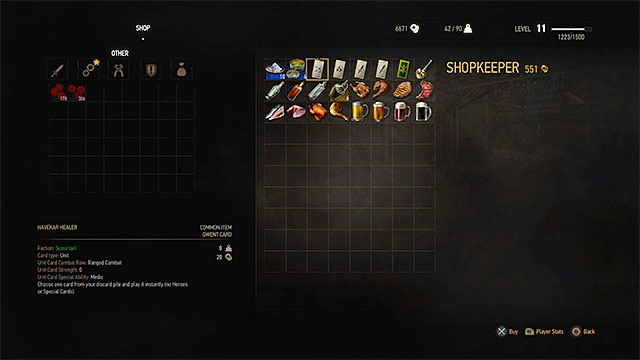 The food can be bought from the merchants, but it is better to leave gold for other purposes

Geralt's health doesn't regenerate automatically, so you must be careful in all battles, even if you play in the lowest difficulty level. The most obvious ways of regenerating lost health is using potions and food.

Potions allow you to quickly regenerate health but using them is strongly limited. First you must obtain a diagram for some healing potion and obtain all alchemy ingredients required for creating it. Potions supplies end very quickly and it forces you to use the described below meditation very frequently. Healing by eating various food is a much easier way, but sadly most food types replenish only small amount of health. This method of regenerating Geralt's health is better at the beginning of the game, when you can't allow yourself for using many potions and when Geralt's health bar isn't too long. Food can be obtained by exploring the game world and killing monsters. As for the second option, a good idea is to fight wild dogs and wolves as they leave nice food behind. You can buy food from merchants (like innkeepers), but do it only if you have no other choice.

There two additional ways of maintaining a good state of Geralt's health bar. First, some passive abilities guarantee a slow but constant regeneration of health and they permanently enlarge the health bar. Second, use Quen sign regularly. It is good for defense. It's especially useful when fighting strong monsters that deal massive damage. 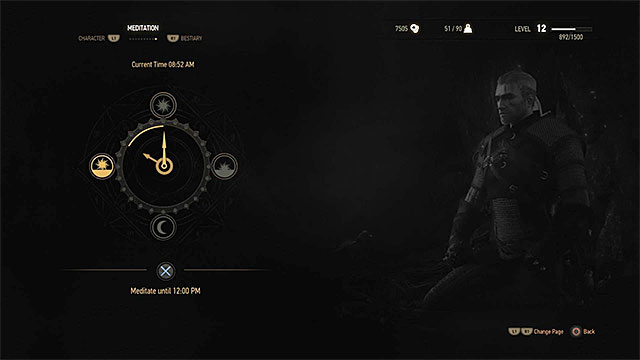 Meditation is an important point of maintaining Geralt's good health. If you play on low or normal difficulty level, then each time you meditate Geralt's health bar will regenerate to maximum for free. Sadly, it doesn't work on higher difficulties. It doesn't mean you should ignore meditation. No matter the difficulty level, it allows you to replenish supplies of one-time-use items, including potions used for regenerating Geralt's health. You must only remember to have many Alkahest bottles in your inventory, it's needed for brewing potions.

Important - For obvious reasons, meditation is available only when Geralt isn't fighting. Check before every bigger battle whether you need to rest.