On this page of the guide to The Witcher 3: Wild Hunt, you will find descriptions of how to complete the treasure hunt quests on Fyke Isle and its vicinity. These are minor optional quests related to, among others, finding a buried treasure next to deserters on the coast, defeating the Nightwraith, locating a sunken chest and acquiring a unique Harvall sword.

The Dead Have No Defence 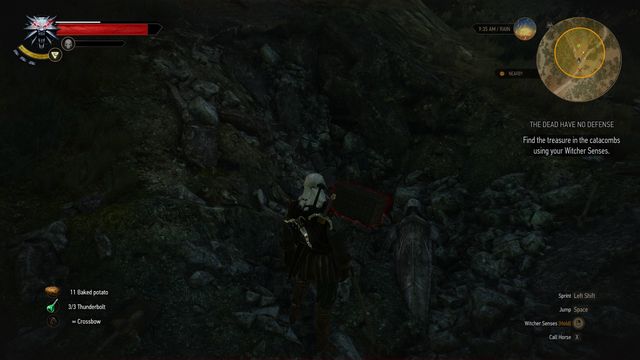 You can obtain a pretty good sword by defeating some rather weak enemies.

Go to the southern coast of the location (M10,1) and defeat a group of 5-6 deserters on level 10. Take the letter from the body of one of them and read it. The approximate location of the treasure will be marked on your map (about 70 meters to the North-East). There you will find two more deserters on level 9. They will be standing next to a large hole. The treasure chest can be found on the bottom. Inside you will find few valuable items and a very good steel sword - Ultimatum. 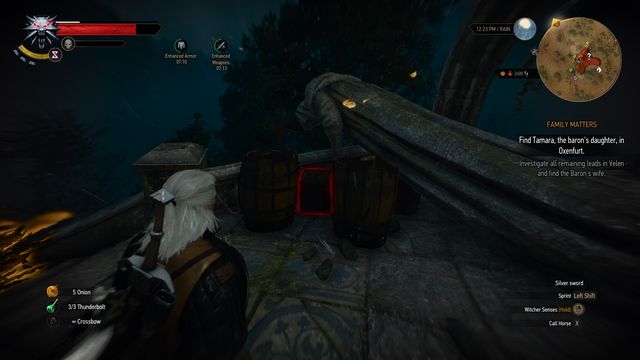 Go near the ruins in the northern part of the location (M10,2). Defeat about 5 wraiths on level 13. Take the key and the letter from the body of a man lying near the stairs. Read the letter. Walk up the stairs. Defeat the Noonwraith on level 15. In the corner, behind two barrels, there's a chest. Use Aard sign to destroy the barrels and open the chest. Take few valuable items and the quest will end. 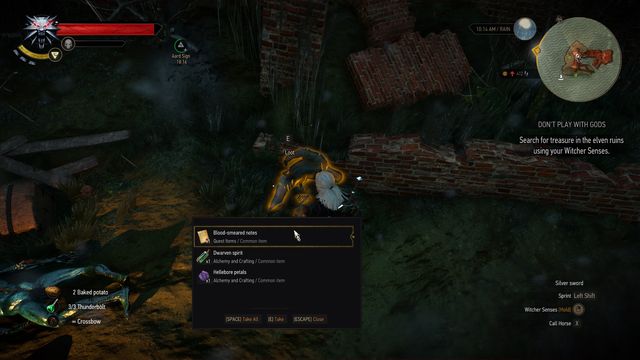 It is best to use witcher senses for finding the body of an adventurer.

To start this quest, you must go to a small island in the southern part of the lake (M10,4). Defeat the group of five drowners on level 4. Take the note from the body of an adventurer lying near the fire. Read the document. The approximate location of the treasure will be marked on the map.

It is a good idea to dive near the shore because there are three other chests on the way to the treasure. In those three chests you will find valuable alchemy ingredients and diagrams. In the proper chest you will find a very good sword Deithwen. Three drowners on level 10 are swimming nearby, but they shouldn't be any trouble. 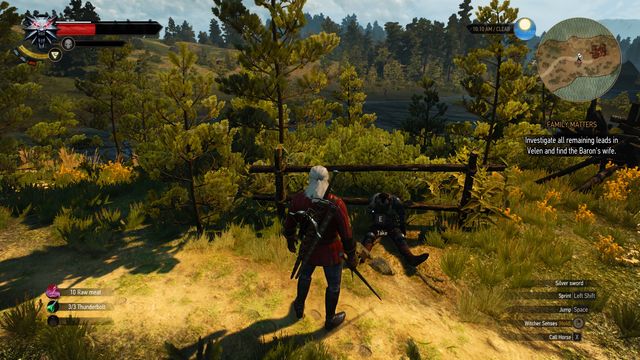 Take the key and the letter from the body. Watch out for the Grave Hag.

Go to the peninsula in the southwestern part of the map (M10,5). Defeat the Grave Hag on level 28. Take a letter and a key from the body lying next to the fence. Read the note and you will learn an approximate location of the treasure. The chest can be found over a dozen meters in front of you, next to the burned house. Inside you will find a very good steel sword - Harvall.