On this page of the Witcher 3 Wild Hunt guide you can find a walkthrough for Broken Flowers story quest. The solution below will help you with meeting Zoltan, explain how to begin the search for Dandelion and how to successfully win the duel with Rosa.

Meeting with Zoltan in Rosemary and Thyme 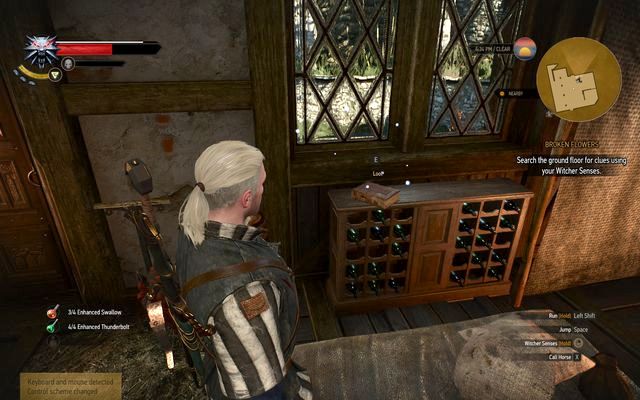 The quest will start automatically after the seance in the Novigrad Dreaming quest. Go to the Rosemary and Thyme inn at the entrance gate to Novigrad (M6,20) to meet with Dandelion. Instead of the bard, you will find Zoltan there. The meeting with the dwarf will start with a fight with four unwelcome guests.

After that, search for a clue that will help you find Dandelion. Pick up the book lying on the closet under the window. Read it and talk with Zoltan about the women whose name you have found in the book. Now go talk with the women. 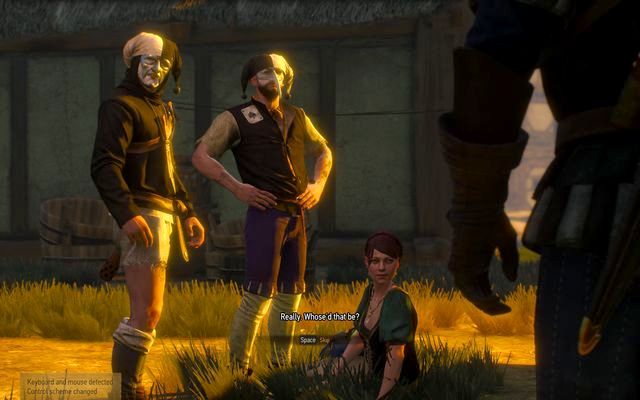 First woman, which you will find near the gate is Vespula. Attacked by four bandits, she will need your help. You can deal with the enemies in 3 ways:

After the conversation with the girl, you can go to Elihal who has a shop East from the place where you met Vespula. He won't be able to give you much valuable information. 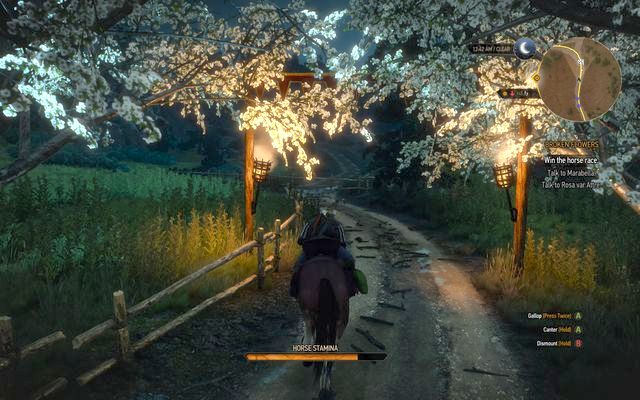 Then you can talk with Molly. She lives in a house near the notice board in the center of the city. It can get quite interesting - you can go with baroness and the general to a horse race and participate in it - you can win a unique saddle. After the race, talk to the maid. Once again, you won't obtain any useful answers. You can return to Novigrad on your own or by talking to the general. The latter option will take you under the baroness house.

Another girl - Marabella - teaches in a school in the building on the eastern side of the main square. She won't give you any useful information.

The last girl is Rosa var Attre who lives in the northern part of the city. She will have some vital information you seek, but not enough of them - you must visit other girls as well anyway. 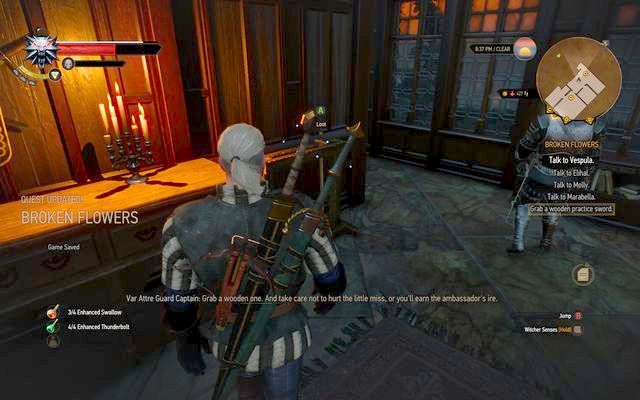 Take the wooden sword to use it in the training

Walk to the entrance door. A guard will stop you - if you want to walk inside, tell him you're the new fencing instructor. Otherwise you must go to the back of the building and, by jumping through the rocks, reach the garden. After the conversation with the girl in the garden, follow the bodyguard to the building. Take the wooden sword and go to the training. 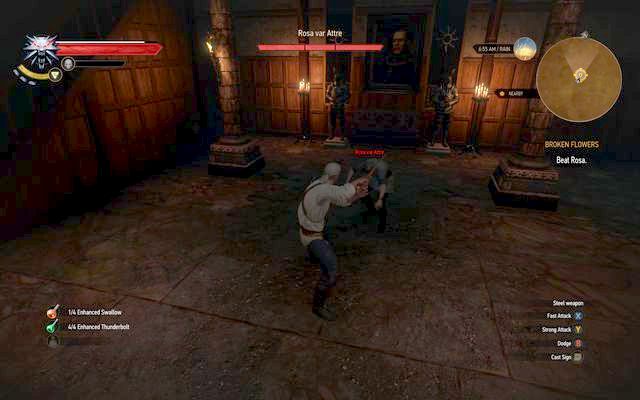 Fight with Rosa in a short fencing sparring

You will have a short sparring with Rosa. You must take about half of her health. After the conversation, the second round will start. This time you must take away the rest of her health. After the conversation, her sister will come - after a short talk you can leave the house. However, pay attention to the dialogues - Rosa will ask you about fencing lessons twice or three times. You can agree and receive a side quest Fencing Lessons.

After you talk yo the last girl of the list, go back to Zoltan. He will point you to another inn, where you can probably find a new trail. Go there after the sunset (if needed, you can use meditation to pass the time). After a cutscene, you will end this quest and start another main one - Get Junior.