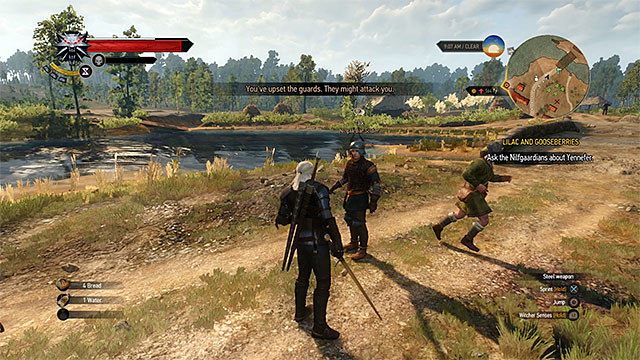 Witcher 3 is not a game in which theft is commonly punished. You don't need to limit yourself to only using items received from other characters. For the majority of time, you can take ALL items you find, including ones that belong to other people, that are very close to them and that are taken right from under their nose. The only exception are larger villages and cities, the ones in which you will meet guards on patrol. In these locations you must be more careful and avoid being caught red-handed.

In addition to theft, walking with your sword drawn and using witcher signs for offence aren't acceptable by the guards. In first case you will receive a rebuke and the game will inform you about it. If you continue to break the law, the guards might attack you. At the beginning of the game it is better to run away in such cases and wait for the situation to calm - guards are very strong (high experience level). Later in the game you can try to fight them, although it is still better to get away from the village for some time.