This page of The Witcher 3 Wild Hunt guide has key information regarding the NPCs. We explain, e.g. what the encounters with NPCs look like, what the time-limited choices are, and how to use Axii sign in conversations. 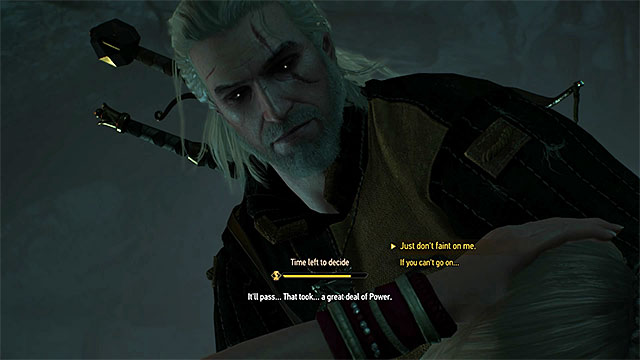 When you make a decision under time pressure, try to pick some option before the game will do that for you

Meetings with NPCs in Witcher 3 usually are similar to ones in other RPGs, although in some cases they offer unique experiences. Below you will find explanation of two most important unique features of this aspect of the game.

In most conversations you can calmly pick from dialogue options marked with yellow color. However, sometimes you are rushed and you must pick one option under time pressure. In those situations, try to pick the option you feel is better before the game chooses for you.

Additionally, it is wise to save the game before such encounters. This will allow you to secure yourself from not being fast enough or to experiment with various consequences of your decisions. 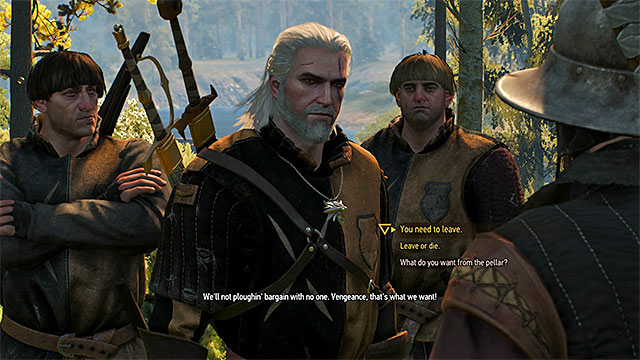 Second unique mechanism is the usage of Axii witcher sign in some conversations. You will be informed that you can use it by an icon appearing next to a specific dialogue option. Axii sign works similarly to persuasion or intimidation in other RPGs. The only difference is that you can convince your talker not with the strength of your words but with temporary control of his mind. Axii dialogue options that appear in quests frequently unlock alternative solutions. For example, they allow you to obtain new important information or avoid a hard battle. They are often rewarded with additional experience points as well.

Axii sign usage isn't fully automatic. At the beginning of the game you can use it rather freely, but later in the game you will need an upgraded Axii sign. You must develop the Delusion skill of this sign. At first it will be enough to buy one point of this skill, but later you should unlock two other levels as well.