On this page of the guide to The Witcher 3: Wild Hunt, you will find descriptions of how to complete the treasure hunt quests in the Crookback Bog area . These are minor optional quests related to, among others, treasures in guarded camps and elements of Griffin School gear.

Hidden from the World 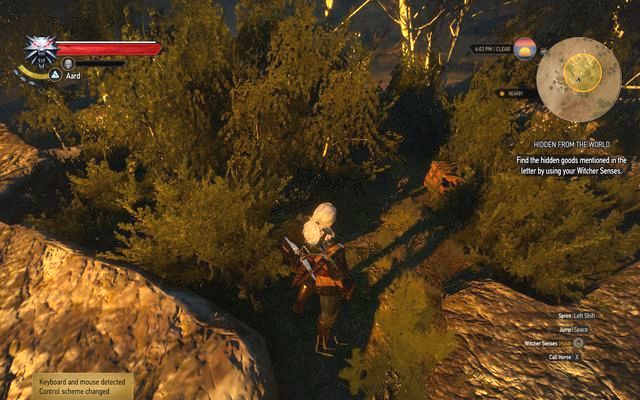 The place of the treasure described in the letter

Three bandits (level 7 and 9) (M9,2) have hidden the treasure near the camp. Kill them and loot the bodies - one of them has a letter in which it is written where the treasure had been hidden. Turn around and go to the other side of the road where you will see a rock. At its top you will find the promised treasure, including 2 runes.

Out of the Frying Pan, into the fire 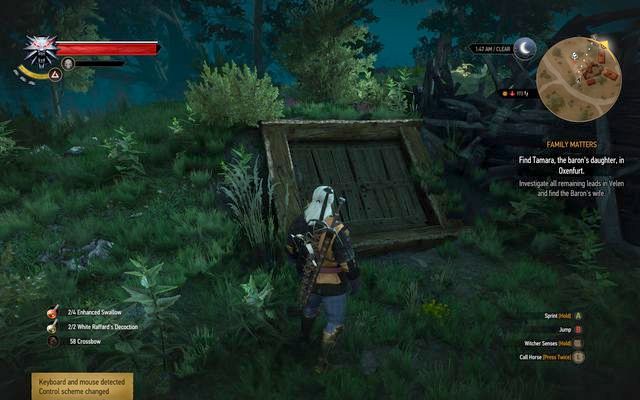 Entrance to the basement

The key (M9,3) is protected by ghouls (level 9) and a bandit. It's in the basement, the entrance is on the southwestern side of the marked (use Aard sign to destroy the door). There you will find a key and a note describing the location of the treasure. 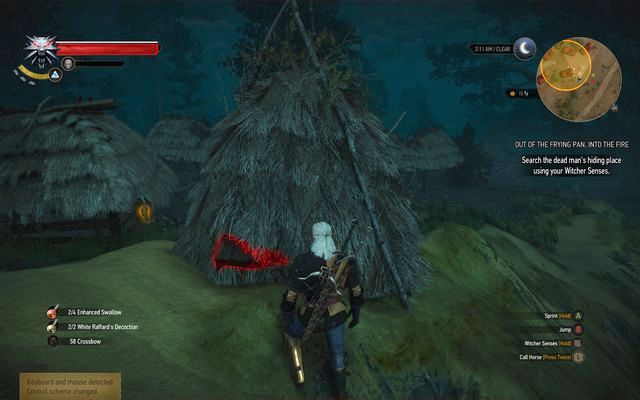 Treasure hidden in the hay

The chest is nearby, hidden under hay from the northwestern side. Inside you will find a rune and an armor. 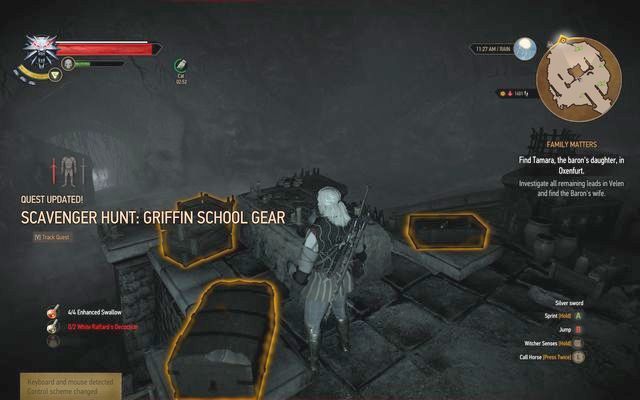 You have to reach the cave (M9,14), which hides some ghouls inside (level 9). Search the nearby room and you will get some alchemy ingredients and runes. Then destroy the wall at the end of the corridor with Aard sign. Burn the poisonous gases to get through them without getting yourself poisoned.

At the end you will enter a large room. There is an Ekimmer on level 11 inside. After defeating him you can collect the treasure, including Griffin School Gear diagrams (not all required in the quest).