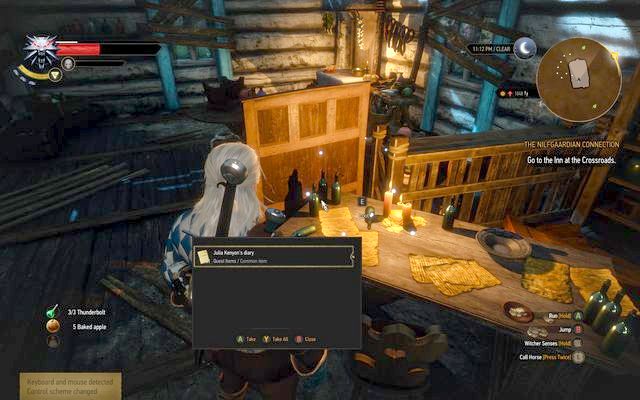 Journal on the desk in the hut

You will learn about the Cat School Gear from the Julia Kenyon journal found in one of the buildings of the city at the walls of Novigrad in Farcorners (M5,3). 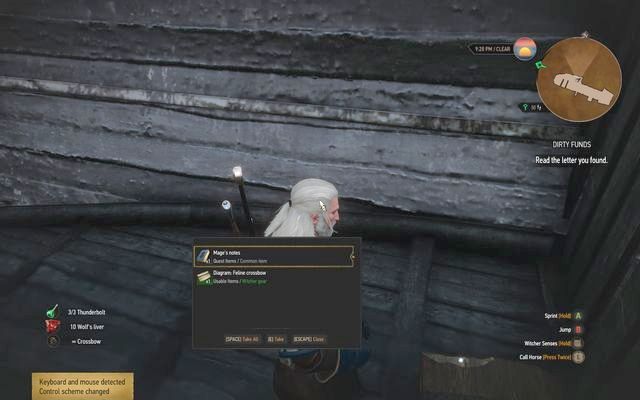 You will find three islands west from the lighthouse in Farcorners (M5,4). When you swim close to the one to the North, you will see a sunken ship. Get to the deck by walking down the stairs. You will find a chest here; inside, there is a crossbow diagram and Mage's Notes. The latter will allow you to continue the quest after reading it. 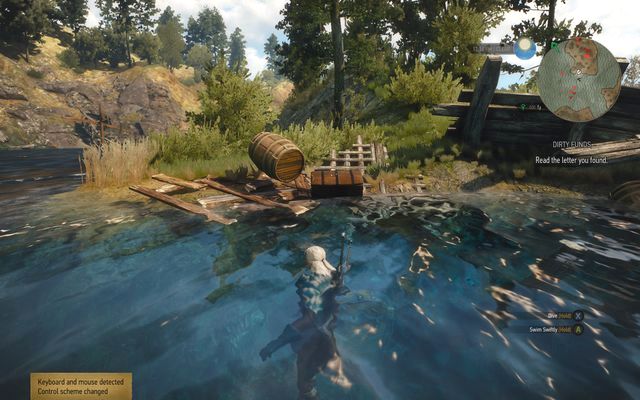 Chest on the shore and another one below, under water

In the western part of the Farcorners (M5,5), you will find four key chests that contain precious notes and diagrams. You must loot those chests in any order you want. Watch out for enemies on one of the islands. 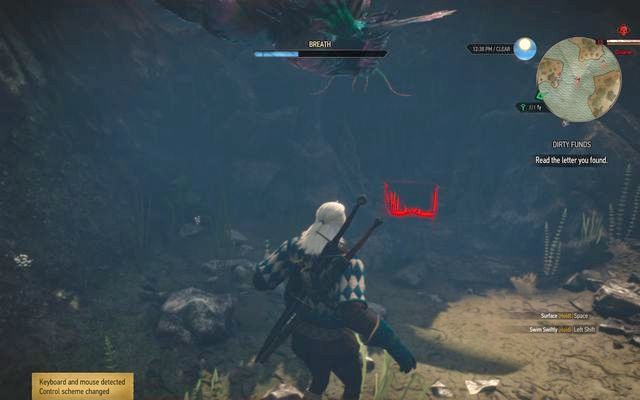 There are a total of five chests here: two next to each other on the eastern island (precisely at the treasure mark on the map), one is in the water. Second and third one can be found on the northern part of the nearby island - the West one. Last chest is lying at the bottom of the sea, near the island to the West.