This page has a set of starting tips for The Witcher 3 Wild Hunt. We have prepared various hints for selected gameplay mechanics like developing Geralt or the combat. These tips are recommended for those players who are just starting the campaign.

Some of the topics described below have been discussed extensively on separate pages. We recommend checking out pages like Character development, Exploration and Combat. 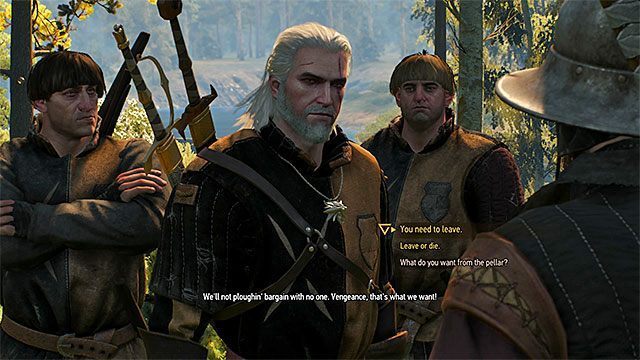 1. Remember that unlocked abilities must be activated. In the beginning, the number of skills slots is strictly limited. You shouldn't add new ones if Geralt won't be able to use them. It is a good idea to invest in the strength of two basic attacks - they make your life easier.

2. Plan your character development carefully. Unlocking the strongest skills costs many points so most of them won't be available for you for a long time.

3. It is wise to support whole skills group with mutagens. Kill many monsters, for example drowners, they will give you mutagens at the beginning of the game. Remember about correctly selecting colors to increase the effect.

4. At first, you won't have any trouble with capacity, but with each passing hour it will be more and more troublesome. Don't be afraid of selling items you don't need. Additionally, search for better saddlebags at merchants. After activating them, you can drag more items without penalties. Penalty for having too much items is the inability to run. It is quite burdensome, but remember that you can still use sign posts and ride on a horse. Calling the mount and using it to ride to the merchant and sell all unneeded items is a good idea.

5. Try to find as many signposts as possible. If you see a village nearby, go there even if it's not on your road, just to unlock a quick travel point. Later in the game they will make traveling much easier.

6. Make a habit of looting chests, boxes and other containers, especially in hardly accessible places and hidden locations. Inside you will find blueprints that will allow you to craft new weapon or brew new potions.

7. At specific points of the storyline (after leaving the White Orchard and before journeying to The Isle of Mists), the game automatically cancels some side quests. Treat these moments as the so-called points of no return - remember to do the side quests from your journal before you make progress in the main plot. It also worth mentioning that you can go back to the White Orchard later in the game - via fast travel (road signs).

8. Take some time to learn how to dodge. The basic dodge can save your skin during most fights with the monsters. If you are be able to dance around monsters, you will easily defeat even a larger group of stronger enemies.

9. It is a good idea to unlock the skill that allows you to block bolts with the use of the sword. Crossbowmen are very dangerous when Geralt is fighting humans. Frequently, it is hard to notice from which side you are receiving damage. Upgraded block solves that problem.

10. Don't waste your time on risky battles with horse riders when you're not riding the Roach yourself. Aard sign will effectively get all enemies to the ground.

11. As long as they aren't too dangerous for you, fight all the creatures you encounter. Each killed enemy will give you experience points that can be very useful at the beginning of the game.

12. Until you reach 10th experience level, you gain new level after accumulating one thousand experience points. Starting with level 11, gaining new one will cost you 1500 points. Next price increase starts at level 21.

13. Gather and examine the equipment of the fallen soldiers and bandits. Humans can frequently have better equipment than the one you're currently using. It is common in Witcher 3 that a regular master sword is better than unique items you have previously found.

14. Brew basic potions as quickly as possible, especially the Swallow. As long as you have Alcohest in your equipment, your potions supply will replenish automatically each time you meditate. Alcohest is easily available, you can gather lots of it by looting chests.

15. The game's storyline will try to keep you in Velen before you go to Novigrad. You will probably want to visit north earlier, but remember that creatures and people up there are much more dangerous. Going to Skellige early is even worse idea, but you probably won't be able to afford it anyway - it costs 1000 coins.

16. Witcher contracts are source of trophies that give you permanent and constant statistics boost. You should take some time with killing those monsters as rewards for them are grand. However, it is not enough to keep the trophies in your equipment. To receive bonuses, it must be hanged on Roach.

17. You can use Aard sign to destroy lesser doors and some walls. They are marked in red color after activating witcher senses. You should explore rooms hidden behind such "gates" - valuable items are usually hidden there.