This page of the guide has the most important information about the world of The Witcher 3. We write about, e.g. the size of the map, or the level of freedom in exploring the world.

World of The Witcher 3 - key information

The structure of the world in The Witcher 3 is one of its biggest changes and innovations. The developers have abandoned the semi-open locations for each chapter that were typical for the series. This time, they decided to make the game's world open. Throughout the majority of the game, players can explore the world freely and go back to previously visited locations.

The world in The Witcher 3 was divided into three main areas. They are:

Not all areas are available right away. However, you shouldn't have problems with unlocking access to them. Once you gain access to an area, you can go back to it as many times as you want.

An important feature of The Witcher 3 is that there are no loading screens when you are exploring a map. The loading happens when you want to move to a different map (e.g. travel from Velen to Skellige). 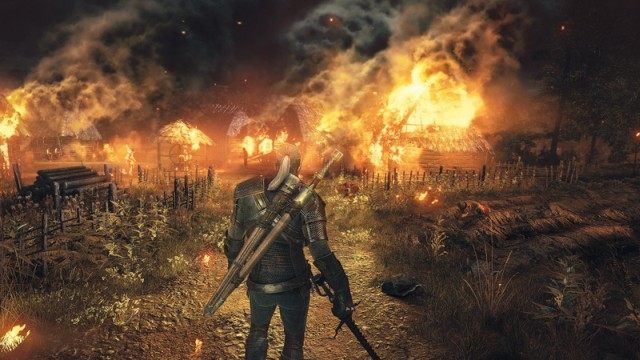 As for the maps' size, the two out of the three maps are vast - Velen and Novigrad as well as Skellige islands. The White Orchard is definitely smaller, but its main purpose is to serve as a tutorial.

World of Witcher 3 is forty times bigger than the one in Witcher 2 and about 20% bigger than in the most mentioned sandbox of the recent years, which is The Elder Scrolls V: Skyrim. In interesting information is that you will need several dozens of minutes to travel the biggest of the maps - either on a horse or a boat. However, this is completely optional as The Witcher 3 has a fast travel mechanic.