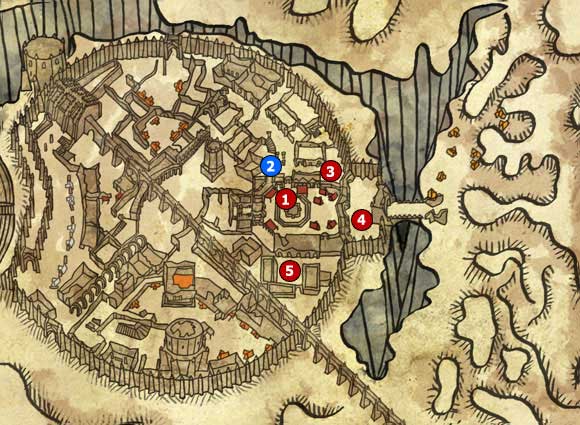 Customer: Kimbolt during the quest Lilias and Vipers 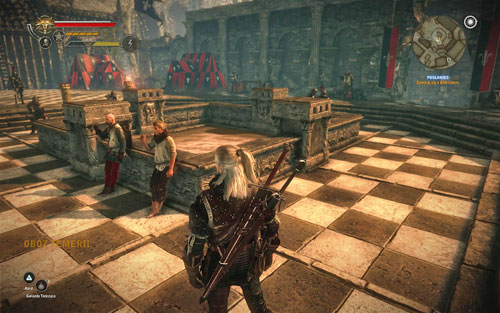 Aldrich you can find in the middle [#1]. Asked about Lash's localization he tells you to follow him, but you don't get too far [#2]. When you speak again, messenger with the letter arrives.

Step 2: Take the letter from the Maravel's messenger 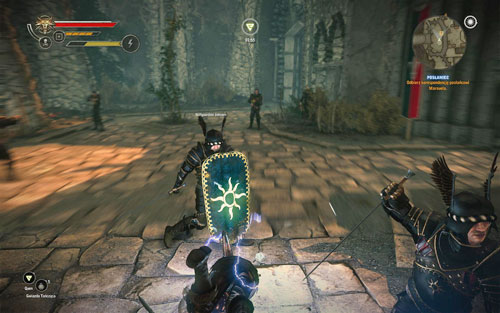 You don't have to follow this trinity, because you will be spotted and the fight have to begin [#3]. Two first aren't a problem at all. But when you cross the gates, you run into bigger group of nilfgaardian soldiers [#4]. Watch out for crossbowmen: try to attack them rather equally so they don't take out distance weapon. 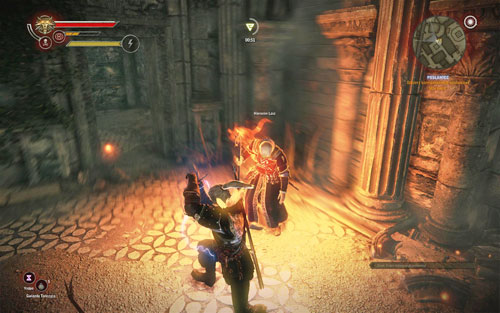 After eliminating guards, go to an encounter with a messenger [#5]. Fight with him isn't difficult but requires a specific technique. Mage teleports when you move closer to him and his attacks are only fireballs which you can easily see and avoid. Messenger teleport to four places, always in the same sequence. Your task is to place an Yrden sign in one of those place and make him teleport there. When Hieronymus Lash get into a trap, you can hit and kill him.