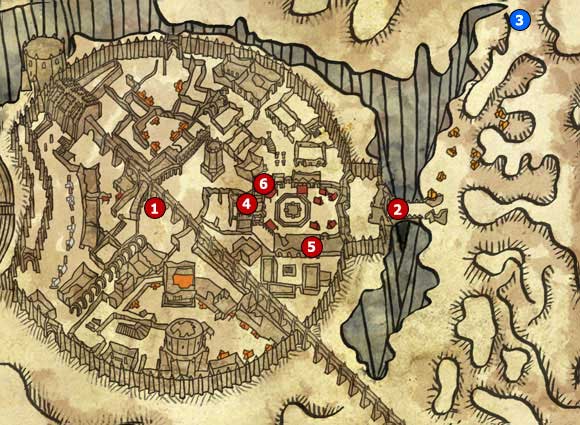 Step 1: Escort Brigida to the river 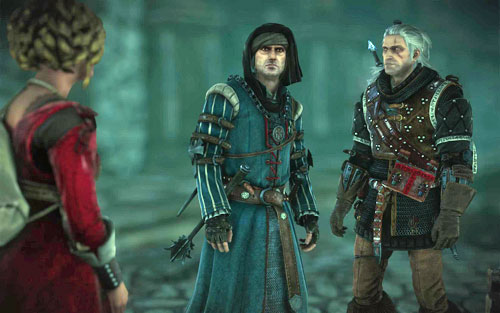 Brigida accosts you just after exiting the marketplace after a talk with Radowid in the quest For Temeria!. You'll get to know, that there is probably a traitor in the camp, who is responsible for killing Bussy and kidnapping Anais. Woman asks you to escort her out of the town where she'll tell you everything what she saw. If you decide to start the journey immediately, you'll be transported to the camp [#2]. But first, you have to take her out of the camp of an Order of the Flaming Rose [#3].

To continue, you have to complete the quest Crown Witness. 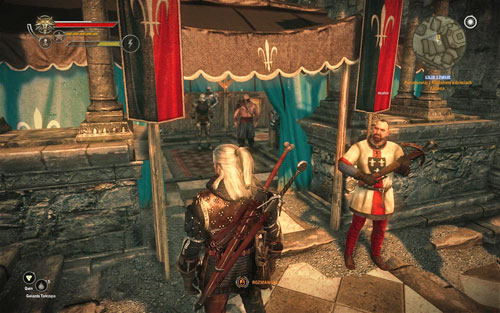 Return to the camp and go to the Kimbolt [#4] to talk with him about received order. You can also try ask him about other things but the focus on the order. Regardless of you show the letter or not, he'll offer you money for checking the authenticity of the letter and reaching the truth.

Step 3: Check the authenticity in the scribe's workshop or accuse Kimbolt in front of Natalis

Now you have two choices: 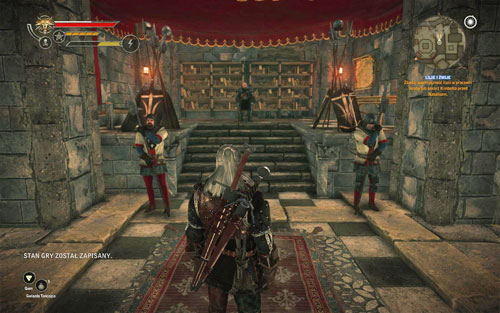 Natalis you can find nearby [#5]. It's enough to show him the evidence, and then you'll see a scene of arresting the baron. Quest ends.

Step 3, Variant B: Check the authenticity of the letter 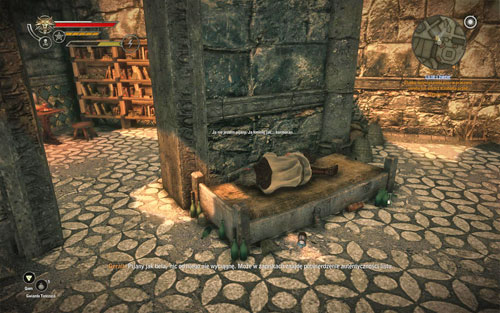 Scribe's house you can find on the left from the exit of baron's chambers. After getting there [#6] you'll see totally drunk Scribe, lying in front of his house and muttering something. His talking will be useful (at least most of it) so listen carefully:

"Young alchemist! Not all that falls out an arse is gold. Yet a cormorant old shits spells out his hole, vapors to cleanse in water cold. So be bold! Be bold!.

The king of reagents? Pisssss.... 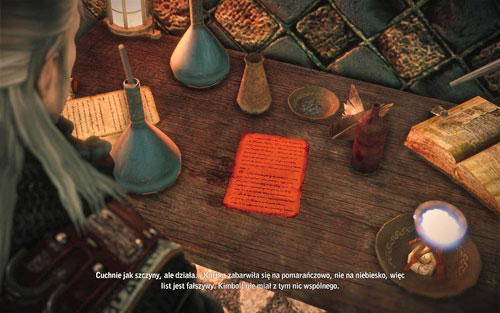 What is more, it's worth to take few notes from the workshop: Invisible Pigments, Scribe Draft and Note for the Scribe. Study everything carefully and start preparing mixture. Proper sequence is like below:

4. Rinse - Heat the flask, capture the vapors and douse them with water.

Such mixture check on the Kimbolt's Document. Paper will get red, what means that it's false.

Step 4: Talk with the Kimbolt about the false letter

Return to Kimbolt [#4] and tell him that the letter is a forgery. Besides reward which is few dozens orens, baron will ask you for another favor. If you agree, the quest The Messenger activates. In case of refusal, you won't know all truth.

Step 5: Get to know about Bussy and Anais lot, then talk with Natalis

To finish this quest you have to get to know as much as you know, to point out the traitor to Natalis. To do so, you have to complete two quests: 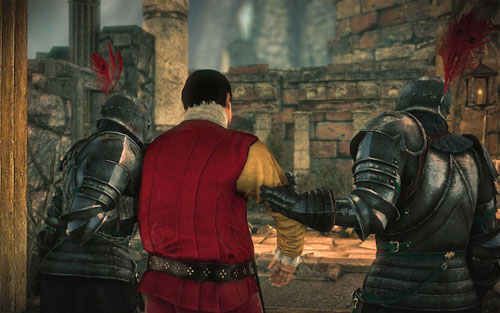 When you get to know all truth - or not -go to the Natalis [#5]. Below you can find all variants which are possible solutions in this quest:

Reward you get from Maravel.

Reward you get from Kimbolt.