Received from: Ancient manuscript (M31, 10). It can be found in the chest inside one of the basements, after breaking the seal during The Gargoyle Contract.

Step 1: Find someone who can read the magical manuscript 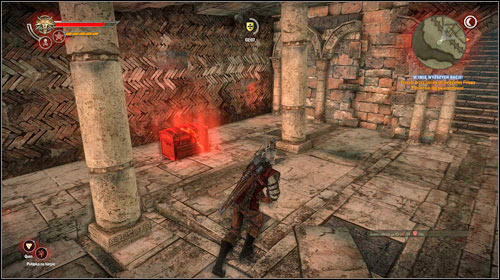 During The Gargoyle Contract you will find an Ancient manuscript in one of the chests, which will automatically activate this mission. Unfortunately you won't be able to read it yourself, however there is someone who can - you need to go to Bras of Ban Ard (M31, 20). Asked for the ingredients needed to unlock the manuscript, he will list four rare items which can be gained only from monsters' bodies: Queen Endrega's pheromones, Warrior Nekker blood, Bullvore brain and Harpy egg (with Rotfiend tongue being the substitute).

Step 2: Provide Bras of Ban Ard with the ingredients needed to break the spell 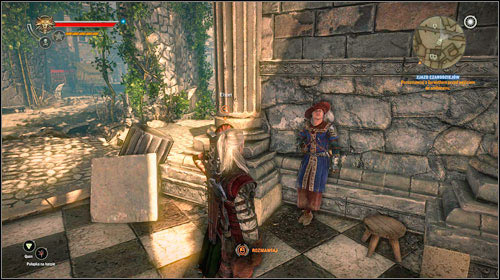 If you have been completing side quests in previous acts and collecting the monster leftovers, you should have all the needed ingredients. If unfortunately that isn't the case, you probably won't be able to finish this mission. However in the sewers (M31, 16) you get obtain the Bullvore brain (M33, 3). The Rotfiend tongue can be found in the sewers as well, but only during The Spellbreaker.

After obtaining all the needed ingredients, talk with Bras (M31, 20) - he will read the manuscript - pattern: Caerme.