Received from: Automatically during the council in A Summit of Mages. 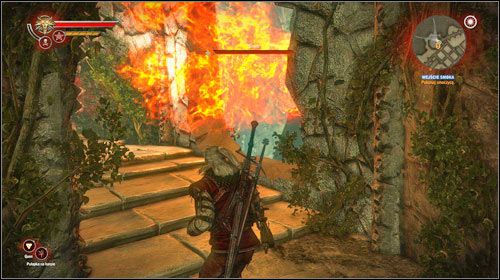 Once you regain control, turn around and run up the stairs towards the tower (M31, 26), where you will find Sheala. While running up the stairs you shouldn't stop for too long, as the stairs will be gradually crumbling. You will also have to look out for the dragon, as it will destroy the tower's walls a few times and breath fire inside. 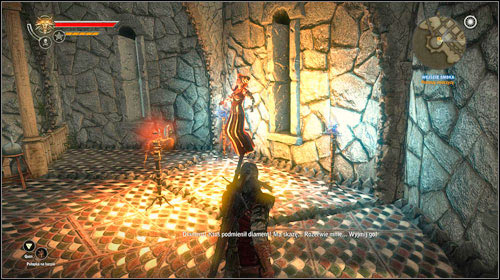 At the top of the tower you will meet the sorceress. After a short conversation Sheala will start teleporting, however someone has switched the diamonds. You have two possible options: 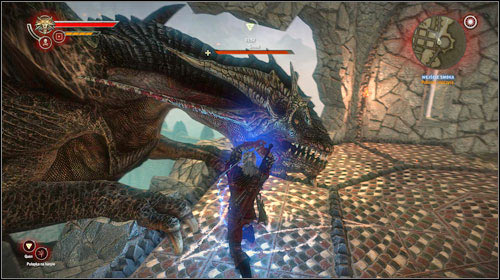 The dragon will appear soon afterwards. The room is rather small, so dodging might be hard. Try not to get too close, as the dragon will try to hit you bite you or hit you with her paw. Try attacking from the side for maximum possible damage. The dragon can also breath fire - you can sense the moment as she's going to stand still for a moment - that gives you enough time for two or even three strong attacks. Once the dragon loses enough health, a cutscene will activate and you will end up outside - climb onto the tower's roof. 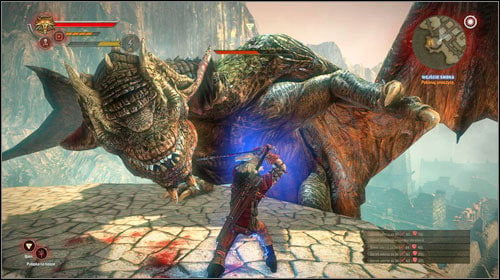 The fight here is similar - you have to attack the side of the head to deal the most damage. Quen is very useful, as it can protect you from the fire - if the dragon starts to breath fire while right beside the tower, you can run next to him to avoid them. From time to time the dragon will fly away - from a distance, she can attack in two ways, either by breathing fire or gliding right above the tower; just roll to dodge. The dragon can also start walking along the tower walls - don't approach the edges, or you will be hit by her tail or bitten. 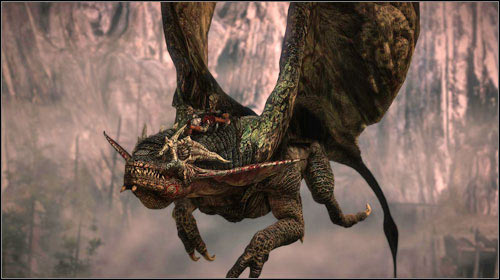 Once you drain the dragon's health, a QTE (Quick Time Event) will begin - only on higher difficulty setting, you first have to jump onto the dragon and afterwards avoid falling down during the flight. After landing in the woods, you have to decide the dragon's faith:

You will unlock The Assassins of Kings (epilogue).