Received from: Automatically after finishing one of the missions: The Spellbreaker, Where is Triss Merigold? or Of his Blood and Bone.

Step 1: Go to the amphitheatre entrance 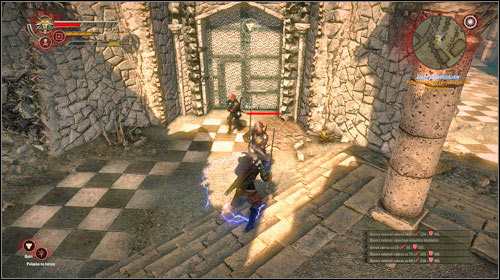 The mission can look differently, depending on the path you have chosen and choices you have made. Beside the amphitheatre (M31, 24) you can meet:

If it's Iorweth, he will take care of the guards, while if it's Triss, you will have to deal with them yourself. If you chose the third option, you will meet Roche by the entrance. 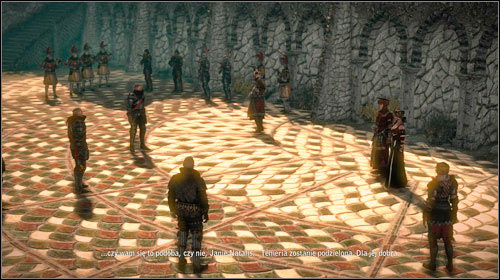 After entering the amphitheatre the course of the meeting is pretty much identical for both paths, however there are some differences depending on your previous choices.

Sheala will save herself from being arrested by summoning a dragon.

You will unlock Enter the Dragon.