Received from: Automatically after choosing to save Triss during For a Higher Cause! or For Temeria! 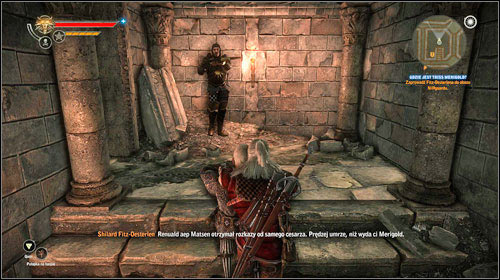 If you are following Iorweth's path and choose to save Triss in the dungeons, you will take the ambassador hostage. Go inside the sewers and head towards the Nilfgaardian camp exit (M33, 7). No guard will attack you.

If you are following Roche's path, the ambassador can be found by the door (M31, 15) leading into the Nilfgaardian camp. After a short conversation you will take him hostage and just like during Iorweth's path - you have to take him to the camp.

Step 2: Defeat the Nilfgaardians and find the place where Triss is kept 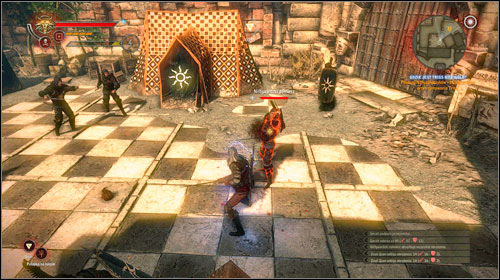 Inside the camp (M31, 27) you will be stopped by Renuald - unfortunately your hostage won't make too much of an impression on him, the ambassador will die and you will have to face six soldiers. Try not to stay away from individual soldiers too long, as they will quickly take out crossbows. The main gate will be closed and you will have to find another way. 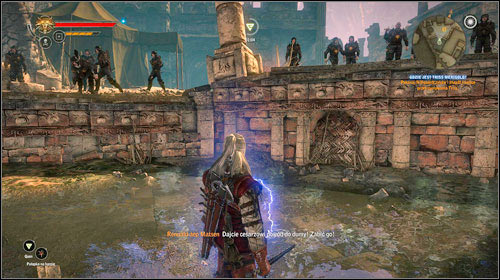 Go up the ladder (M31, 28) onto the upper level and keep going forward while eliminating the soldiers on your way, until you reach a small flooded square. You will once again have to fight with an overwhelming amount of enemies. The enemies usually attack in groups of three and more will keep coming down as you kill those on the square. After killing everyone, climb up - you will have to fight once again. 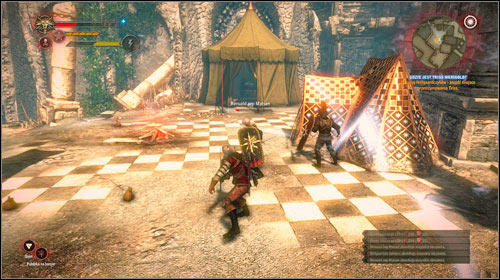 This time focus on the Combat Mage first - he's an easy enemy, but you have to look out for his spells. After getting rid of all the enemies, you will face Renuald himself. 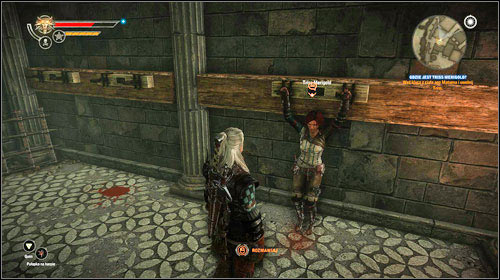 Once you defeat him, take the Nilfgaardian camp key and Triss' prison key. Go to the dungeon where Triss is held (M31, 29), open the gate with the newly acquired key and free her. After a short conversation about the Lodge, leave the camp - you can head to the Lodge meeting.

You will unlock A Summit of Mages.