Step 1: Get to the Loc Muinne gate 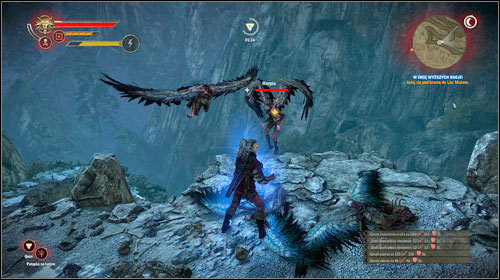 You will begin the third act on a mountain path leading to Loc Muinne. Keep going down, eliminating Harpies on your way. Right before the city entrance, you will notice the Knights of the Flaming Rose (M31, 1).

Step 2: Follow Iorweth or take a look at the Order's camp 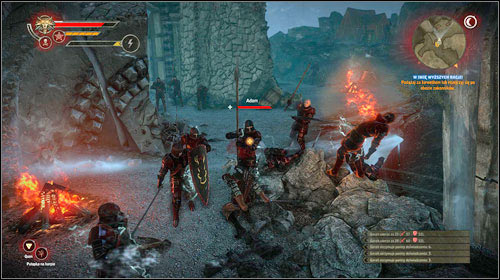 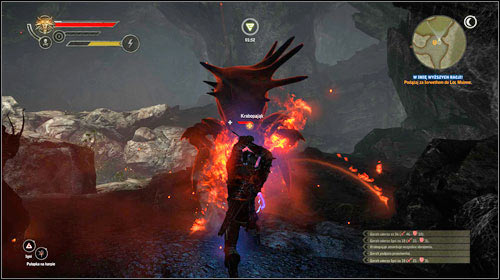 If you decide to follow Iorweth, the cave entrance can be found right beside (M31, 2) - the elf will be waiting in front of it and will lead you further. He will also lead you through the whole cave - first you will have to jump across a small gap (M32, 1). A few steps ahead you will come across a nasty surprise, in the form of an Arachas (M32, 2). At this stage of the game it shouldn't cause you any problems, you can stun it with Yrden and quickly kill by attacking from behind. 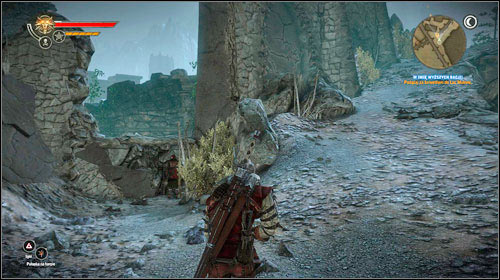 A bit further you will come across a few Endrega warriors (M32, 3), the last enemies in the cave - the exit is very nearby (M32, 4). Keep following Iorweth and he will lead you into the city through the destroyed wall (M31, 4). Keep going further into the city, eliminating gargoyles (they explode before dying) on your way (M31, 5). Exit through the southern side door (M31, 7) and go through the northern (M31, 8). You will come across a group of soldiers, who will tell you where Philippa is being held. You can now decide how you want to reach her:

Step 3, Option A: Go through the sewers 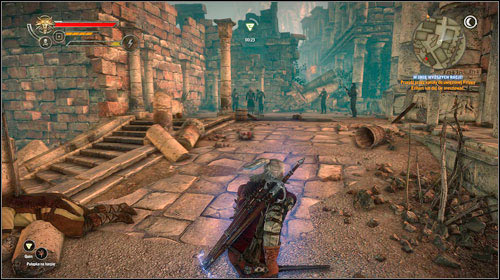 If you wish to reach the dungeons by going through the sewers, you will need to follow a very specific path. Above all look out for the guards by the square entrance (M31, 9). Go through the room (M31, 10) with a basement entrance - look out for gargoyles - and afterwards slip into the room with poker players (M31, 12), therefore avoiding the Nilfgaardian patrol (M31, 11). 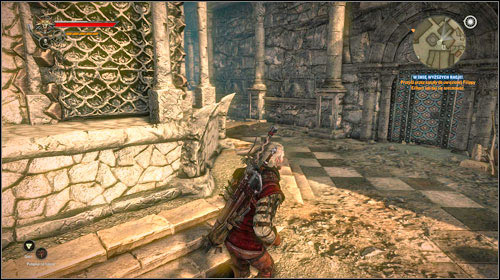 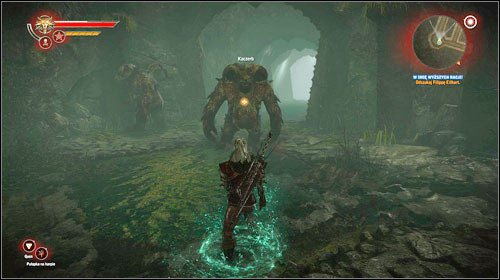 Inside the sewers you will only have one nasty meeting with two Bullvores (M33, 3). The narrow sewers don't allow much dodging, so it's good to use Quen - the higher level, the better. After dealing with the two monsters, there won't be any more surprises waiting for you. One of the gates is locked and you will have to go around it - climb up into the tunnel and cross it to the other side. You will eventually reach an exit beside the cells (M33, 5). A cutscene will automatically start, during which Philippa will get blinded.

Step 5: Get information about Triss from Fitz-Oesterlen 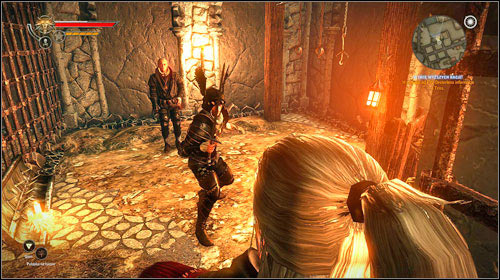 Before entering the dungeons, you will have to eliminate a few soldiers - it's best to go deeper into the sewers and wait for them to come to you themselves. Thanks to that a few soldiers by the cells won't attack you. After eliminating the threat, go inside the dungeons - you will automatically get rid of the guard, stun the ambassador and talk with Philippa. You will have to make an important choice:

You decide to save Philippa.

You will unlock The Spellbreaker.

You decide to save Triss.

You will unlock Where is Triss Merigold?. The description of this mission can be found in [ act 3 - main missions - common ].

Step 3, Option B: Get arrested 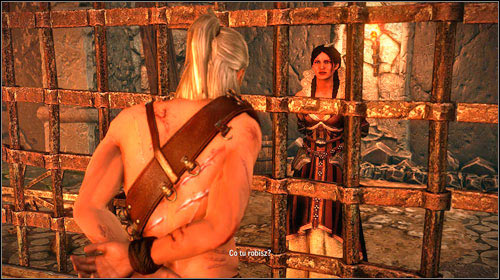 If you decide to take the quick path and get arrested, there are lots of soldiers throughout the whole city - for example at the square. If however you can move freely though Loc Muinne, there is one Nilfgaardian patrol (M31, 11) which will always attack you. In order to be thrown into the dungeons, you have to let them defeat you. Once there, talk with Philippa - ask her about everything, especially Saskia. Radovid will come and the sorceress will lose her eyes.

Step 4: Burn through your bindings with the Igni Sign 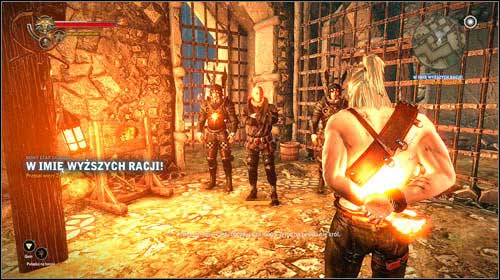 You decide to save Philippa.

You will unlock The Spellbreaker.

You decide to save Triss.

You will unlock Where is Triss Merigold?. The description of this mission can be found in [ act 3 - main missions - common ].