Step 1: Talk to the thrown-out soldier 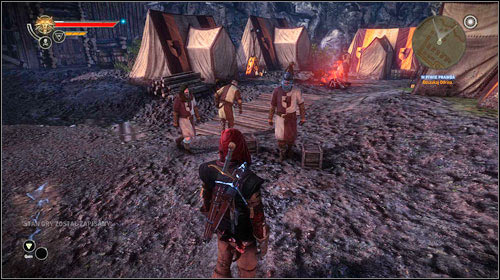 During your stay at the camp, you will eventually come across three arguing soldiers (M25, 13), with one of them being mocked by the others. The man will eventually go away and sit down at the side - go to him and ask what happened. Ask for all the details - including the hour (around 11PM), accept the mission and promise to help.

Step 2: Explore the hut on the cliff and the riverside beach at night. Liva might provide additional information

Leave the camp and go south. You can go to the brothel (M25, 12) and talk with Liva to learn about a family that once used to live there. Malget's daughter was supposedly murdered and he committed suicide. After the conversation you will be able to head to three different places:

Go west along the river towards a small passage and turn right there - eventually you will reach the beach.

Step 3, Option A: Go to the hut on the cliff 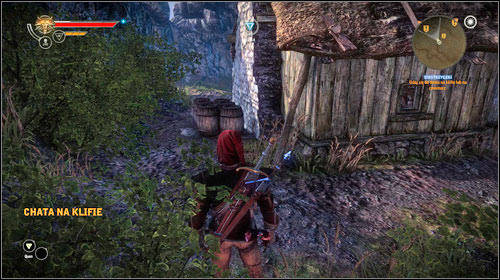 If you choose to go to the hut on the cliff, information on the next step will be displayed right after entering it - you have to search the area around the house. Go outside and on the left you will find some barrels - destroy them using Aard or Igni o discover a basement entrance. 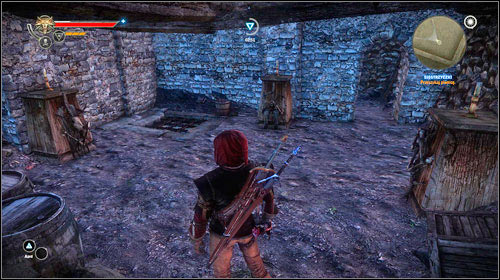 Inside you will find three totems with candles. You have to light them in the proper order and if you make it wrong, a wraith will appear. On each totem you can also find signs resembling arrowheads (upwards, downwards or connected)

The proper order is (taking the above screen as a reference): 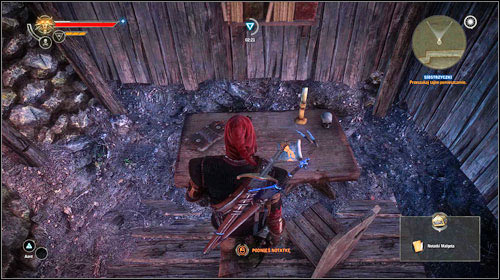 A secret room will open, inside which you will find Malget's notes. You can, but don't have to, solve the mystery of the notes - skip to Step 4.2.

In order to continue with Little Sisters, skip to Step 5.

Step 4.2: Find someone able to decipher the magic notes

The only sorcerer available is Dethmold - go pay him a visit (M25, 7) and he will read the note and offer to buy it from you. You can agree or refuse - the choice might have an influence in the future.

Step 3, Option B: Go to the cemetery 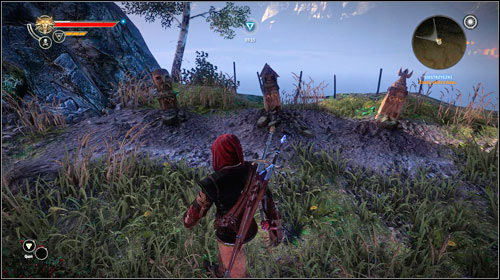 If you decide to visit the cemetery, you will find four tombstones there, which you can take a closer look at. One each of them you will find three signs: an arrowhead pointing down, up, or connected. Also pay attention to the signatures - Malget, Murron, Marisa, Moira.

The mystery of the graves

The markings will come in handy in the cellar - go there. More precise information can be found in Step 3, Option A. 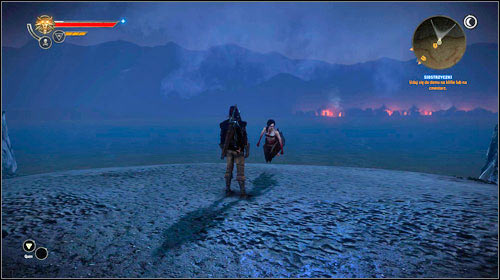 If want to go to the beach, make sure it's at least 11PM. Three Sister's Specters will appear. You have a couple options of leading the dialogue. If you came straight to the beach:

Step 6: Listen to the wraiths

If you decide to listen to what the wraiths have to say, you will learn that Mavrick has supposedly killed them and thrown their bodies off the cliff. The wraiths demand revenge and it's up to you to decide how things will turn out:

In the second case, you can return to Mavrick (M25, 13), ask him what exactly had happened (only if you searched the cellar) and then make a decision:

If you decide to ask the soldier for help, Mavrick will be waiting for you right beside the beach. Together, go there after 11PM (M23, 3). You will start talking with the wraiths and have two ways of ending the mission: 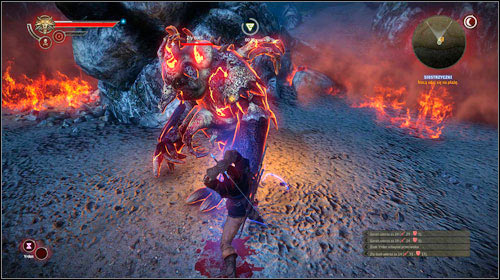 You will have to fight the Demon in two cases:

The sisters will join powers and you will have to face a Demon. First of all you should note that you're limited by the flaming circle. Use Yrden to stun the Demon and attack him from behind for more damage. After a rather short fight the monster should fall. Unfortunately you won't learn anything new and won't receive a prize.

The mission will end with failure.

Step 7, Option B: Kill the sisters 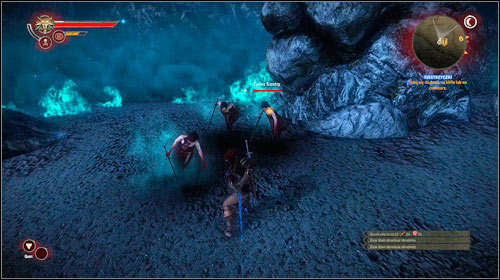 You will have to fight the Sister's Specters in two cases:

You will stand against three specters. It's a good idea to use Axii on one of them to temporarily have to fight only two creatures. Above all remember about using Quen, it will come in very handy, considering the battlefield is limited and you can't run too much. After dealing with all of them, depending on the circumstances of the fight, there are three possible endings:

If you went straight to the beach (during Step 2 you skipped to Step 5), you can return to Mavrick (M25, 13) to collect your prize. The mission will end.

If you listened out the specters in Step 5 and afterwards believed the soldier on the beach. You will be able to hear the true story (if Mavrick didn't die).