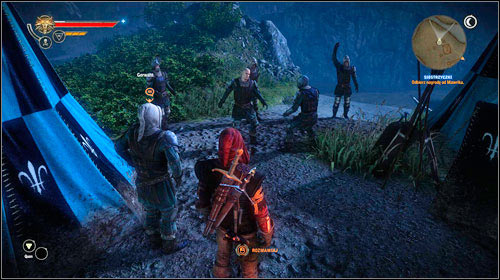 At the edge of the Kaedweni camp you will find the blue stripes camp (M25, 15), with a fist fight tournament right beside the tents. Talk to anyone and Sheridan will speak to you. Just like in Flotsam, you will be able to participate in a small tournament, fighting more difficult enemies with each next fight. At first you will have to deal with Fenn. The whole fight is just a Quick Time Event (QTE) - you have to press the proper buttons when they prompt on-screen. This time however, there won't be any bets. 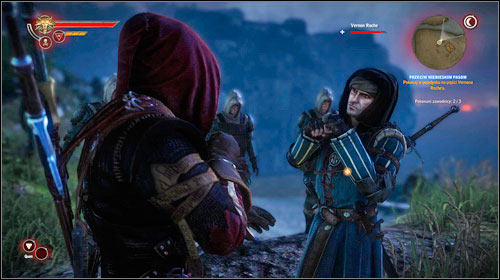 Your next enemy will be Silas. You shouldn't have any problems with him as well.

After defeating the second enemy, Roche will appear out of nowhere. IF only you don't make any mistakes, you shouldn't get hit and lose. In return you will receive the steel plate enhancement.

After you win the third fight, Burton will come and challenge you. Your decision has consequences in the future: