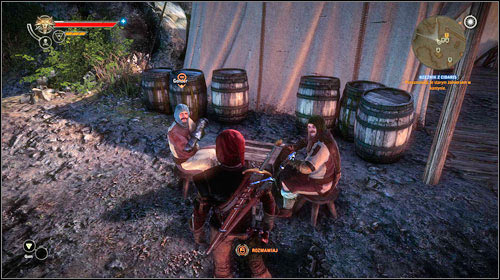 There are a few dwarfs eager to play in the Kaedweni camp, through you must first defeat two soldier - Gorider and Fragil - before being able to play with the better players 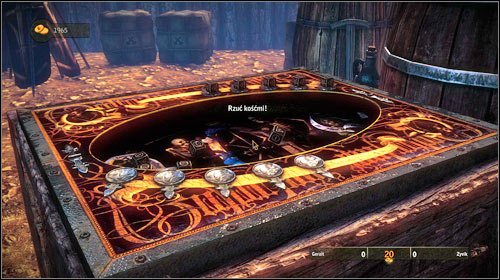 Your next enemy will be Zyvik - you can find him walking throughout the camp, more or less following the path along which he gave you a tour during your first visit to the camp (canteen, armorer's tent, tents beside the arena).

Your second to last enemy will be Madame Carole. She can be found outside the camp - she runs a small brothel (M25, 12). This time you might not have such an easy time, the Madame tends to have lots of luck.

Your last enemy will be armorer Lasota, who can be found in his tent (M25, 2). If you win, you can take the money or one of three patterns helpful in crafting an armor (for studded, hardened or simple leather).