Received from: Proximo. Only after completing The Butcher of Cidaris.

Step 1: Talk to Proximo about taking part in the tournament. The fights take place during the day 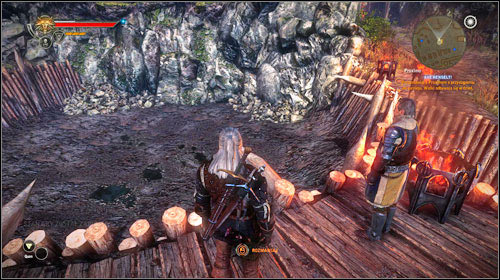 The man will offer you to participate in a knight tournament - this time it's all about fighting with swords, not fists. You can take part in the tournament only during the day, find Proximo by the arena (M25, 4) and talk with him once you're ready.

Step 2: Talk to Proximo and begin another fight 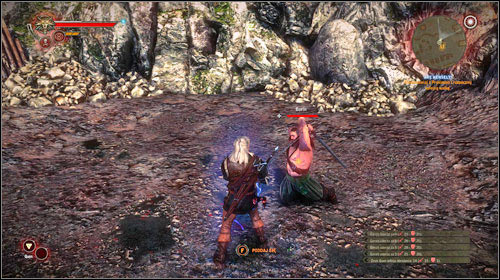 You have to take part in three fight, in order with: Gwideon, Rendag and Borin. The first one fight with a common axe - the fight isn't very demanding and doesn't require too much of a comment. The second one has an armour, sword and a shield. In this case you have to remember to try to attack him from behind - Yrden will be useful for stunning him. The last one is equipped with a powerful, two-handed sword. Try to keep Quen active at all time and remember about blocking attacks.

Prize: 50 XP for each fight 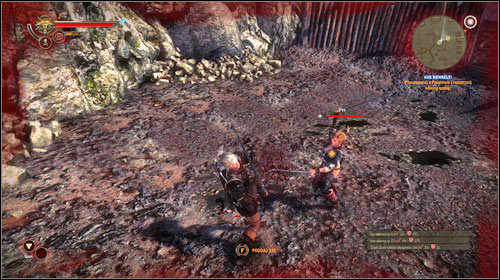 After winning three fight, you will be challenged by Ves. She's not a very demanding enemy, equipped with two short swords with which she attacks rather relentlessly. Depending on how the fight unfolds, there are two possible endings. If you gave up, Ves will tell you that you didn't treat her seriously. If you win, she will thank you for approaching her seriously.

Ves will invite you to her tent - you can find her in Roche's camp (M25, 15). Talk with about the tournament. If you won, you can use the chance and have some wine with her. Depending on how you complement her, you might end up having sex with her - you must say she's brave and beautiful. If on the other hand you gave up on the arena or say a different complement - you won't drag her to bed.