Step 1: Get to Vergen through the forest gullies 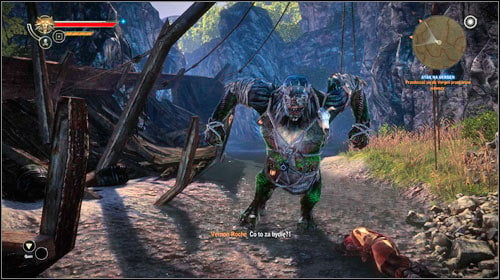 Head to Vergen through the west gullies. On your way you will come across a couple groups of soldiers. Right beside the ship wreck you will also find a she-troll (M23, 16). Depending on how you act, you might hope for a small help further on:

A bit further you will come across the troll (M23, 17). Get rid of the Kaedweni soldiers and talk with the monster: 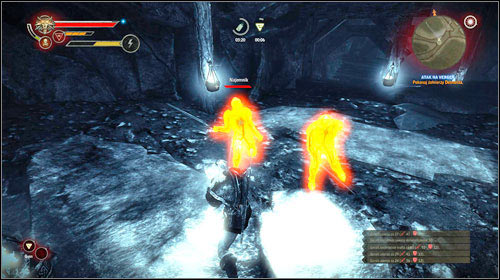 Inside, you will not only have to fight monsters, but also Dethmold's mercenaries, so you're going to have to use both silver and steel sword. You will also come across Adam Pangratt (unfortunately you won't be fighting him just yet, just the mercenaries for now) (M29, 4). 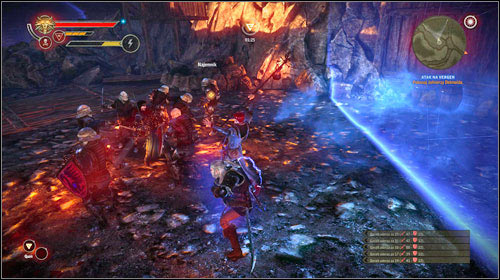 After reaching the biggest cave, you will encounter Dethmold and Adam Pangratt (M23, 5). Above all don't try to focus on attacking Dethmold, as you can't get him just yet. Instead focus on Adam or his soldiers. One way or another, the soldier has to fall before you move to the mage. Look out for the spells that Dethmold casts from time to time. Additionally he likes to teleport and use Quen for protection - when he does, just wait for him to teleport again. When his health drops low enough, he will run behind the barrier and teleport. Talk with Adam Pangratt to decide his fate (it doesn't have an influence on the further plot): you can either let him go or kill him. Whichever option you choose, you will obtain his sword. 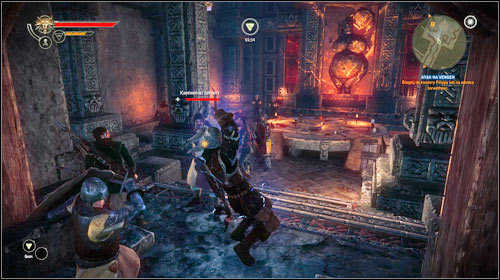 You can leave the tunnels of founders, this time through the exit leading to Vergen (M29, 6). Outside you will meet Zoltan, who will familiarize you with the situation. Helping Iorweth is absolutely optional and doesn't influence the plot in any way. If you decide to help him, go through the door on the left (M27, 3) and up the stairs to reach a rope bridge, which will however collapse. Climb even higher. Head south, to the Castle of the Three Fathers (M27, 4). Inside the council room you will find Iorweth fighting with Kaedweni soldiers - get rid of them and talk with the elf. 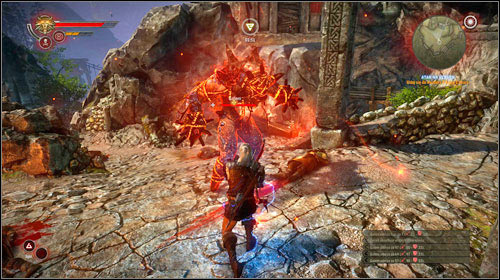 Run back to the city and head to Philippa Eilhart's quarters (M27, 6). Right in front of the house you will come across a Golem (M27, 5). Look out for his charges - you might have problems with dodging because of the small area, so remember about having an active Quen at all times. If you have the Negotiator and you're able to freeze the monster, it will slow down and you'll be able to execute a big series of attacks on him. Once it's dead, go into Philippa's quarters. Unfortunately it will be too late, Sheala will manage to run using the teleport. 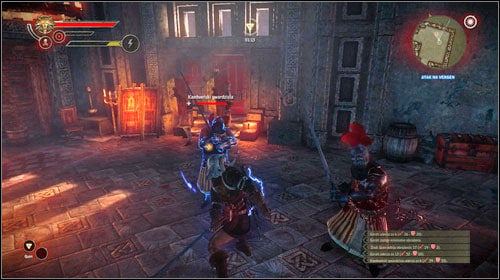 Henselt will enter and sentence you to death. You don't have too much space for dodging, so look out. At first you will be attacked by two guardsmen and once you defeat them, you will have to face two more and Henselt. 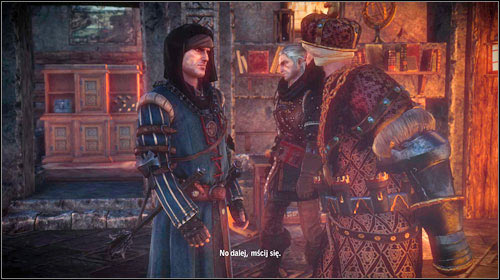 Once they're all dead and the King barely makes it alive, Roche will enter the quarters. You will have to make a choice which has an influence (though small) in Act 3: