Received from: Automatically during The Blood Curse.

Step 1: Save the soldiers from Rotfiends 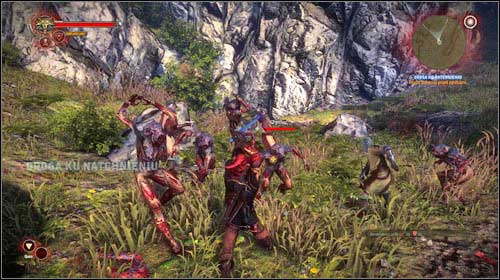 On your way to the Visionary you will come across a group of soldiers (M25, 16) fighting with some Rotfiends. You need to help them. There are three of them, but neither has a silver sword, so they won't be too helpful. The fight can end in two ways:

Step 2, Option A: Talk with the soldiers

If at least one soldier survives (unfortunately you might not be able to save all of them), you will learn that they were on their way to the Visionary. Being too scared, they will give you the money and ask you to either take them to the mentioned man or do whatever you want with them.

If you weren't able to save any of the soldiers, you have to search their corpses. Beside one of them you will find some orens and Soldiers' note to Visionary.

Step 3: Head to the Visionary 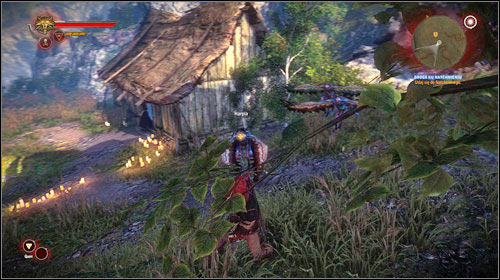 Right in front of the house you will be attacked by a swarm of harpies - the fight might be problematic, as they tend to surround you quickly. If you don't have good equipment and a developed character (or you aren't playing on the lowest difficulty setting), you might not be able to deal with the monsters. In that case quickly run behind the candles, as the monster can't reach you there. You can now either give him the money or keep them for yourself - whichever option you choose, you won't learn too much unless the Visionary receives the whole amount. You have two options:

Step 4: Go to Sabrina's shrine in the evening and the Visionary's potion 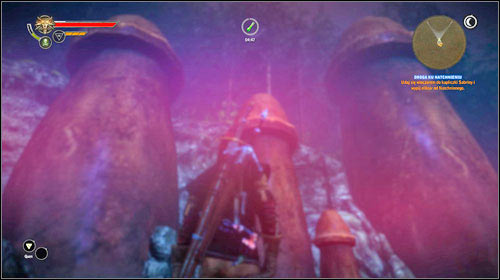 Your task is to spend the night beside a small shrine deep in the forest. You will also receive the Visionary's potion, which you have to drink before beginning the meditation. On your way there you will come across Endregas and right beside the shrine there's an Arachas. At this stage of the game it should be no match for you, but remember about Yrden which will allow you to attack the monster from behind. Wait until 9PM, go into meditation in front of the shrine and drink the potion - the vision will start. Try to remember what you're seeing, as you will have to tell the Visionary about it.

Step 5: Tell the Visionary about your vision 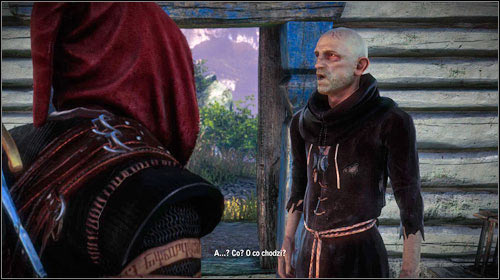 Once you finish meditating, you will wake up on a rock - don't forget to pick up The Visionary's notes I (the second and third part can be found inside the Visionary's house). Jump down and return to the Visionary following the same path you came here (M23, 7). Tell him what you saw - if you lie, the initiation process won't end (tell him you saw a forest and a giant hen).