Received from: Manfred (M25, 3). Only after beginning Conspiracy Theory.

Step 1: Speak to the veteran soldier in the camp canteen 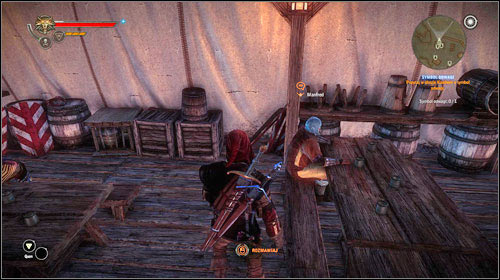 The mission will automatically start after you go to the canteen (M25, 3) after beginning Conspiracy Theory. You will note an old soldier having an argument with his son. It's worth to deep digger into the matter. Manfred can be found inside the canteen, sitting by a table. You will learn that the soldier's son is planning to fight the fearsome Butcher of Cidaris - offer your help in return for information.

Speak to the soldier's son - Sven. He can be found beside the canteen (M25, 18). Tell him you want to help him keep his honour and make the fight easier. You will propose a fight in pairs. 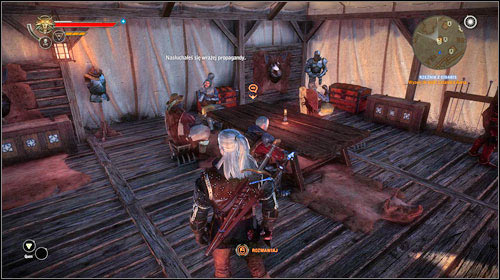 The Butcher can be found inside the nearby tent (M25, 19). Irrespectively of how you lead the conversation, you will end up witch challenging him to a fight in pairs.

Step 5: Return to Sven and then defeat Letande Avet in an arena fight 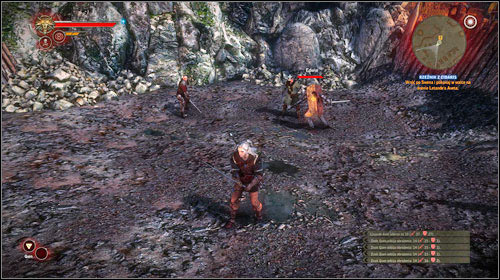 Return to Sven (M25, 18) and tell him you that you've arranged the fight. If you are ready, choose the proper dialogue option or take some time to prepare - the game will automatically move to the arena. The fight itself shouldn't cause you problems - Letande will focus on fighting you, while Sven will be busy with Edwin. If you get close to Edwin, he'll start attacking you. The fight can end in two ways, with Sven either surviving or dying. If he survives, he will be made a knight. Irrespectively of the battle's outcome, in front of the arena you will meet Manfred, who will keep his side of the deal and grant you with some information. You will receive the square coin and information that Whistling Wendy will take you to the conspirators if you give her the password. The mission will end.

Proximo will then approach you and tell about the tournament.

You will unlock Ave Henselt!.