Received from: Automatically after completing Prelude to War: Kaedwen. 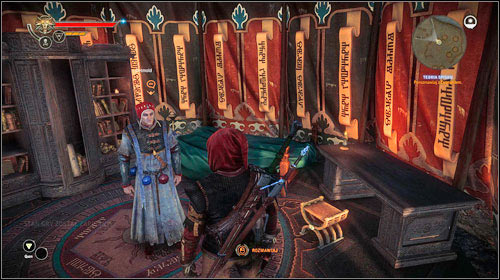 Right after leaving Henselt's tent after talking with him for the first time, you will be asked by the mage to come into his tent. Ask him everything you can regarding the curse. Geralt will decide to change the course of the war, but to do that you will need a few symbols of war: hatred, death, courage and faith. Also don't forget to ask about the conspirators' square coins.

You will unlock The Eternal Battle.

You will unlock The Blood Curse.

Step 2: Talk to the soldiers about conspiracy against Henselt

In order to learn more about the conspiracy, you have to take a look around the camp and talk with the soldiers. There are two paths you can follow:

In order to continue, you have to complete one of the upper missions.

Step 3: Take the square coin to the brothel and ask for Whistling Wendy 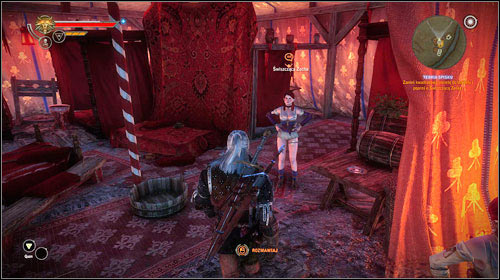 Leave the camp, head to the nearby brothel (M25, 12) and talk with Madame Carole there. Tell here you came to have some fun and show her the square coin. Choose Whistling Wendy from the list and when she asks you what you want - apart from the standard need - you need to tell her "I want your smile to part the gates of paradise". She will show you the entrance to the Old tower basement. 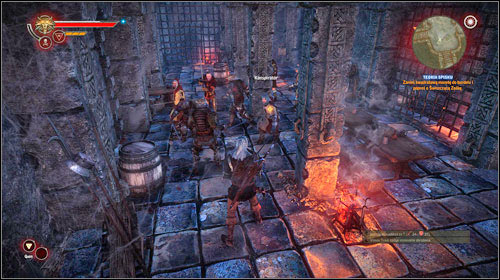 Inside you will find Vinson - unfortunately the conversation has only one ending, which is fighting him. If you're alone, it will be much more difficult, remember about using Quen and Aard and about blocking, which is the most important. If, on the other hand, you have soldiers to help you, you can feel free to focus on Vinson.

Beside Vinson's body you will find: Seltkirk's Armor (connected with Courage Symbolized), A Hog Named Henselt and Conspirators' hideout key. Using the key you will be able to open the door (M26, 3) leading outside.

Step 5: Talk to Dandelion and Dethmold. 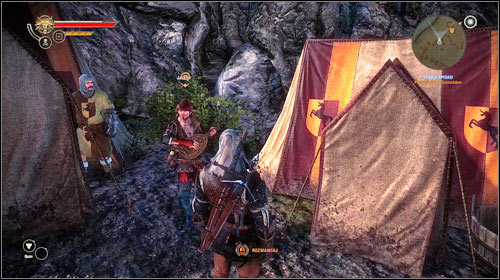 Dandelion can be found by the campfire between the tents (M25, 20). You can talk with him about his stupid works that can get him killed. Afterwards head to the mage (M25, 7) and tell him you took care of the conspirators. In return you will receive 300 orens (50 for each).

In order to continue, you have to complete The Blood Curse, The Assassins of Kings, The Eternal Battle.

Step 6: Head to the conspirators' meeting in the cliff house 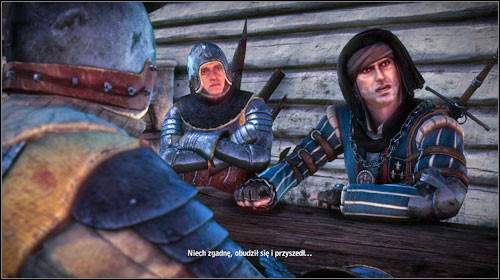 You will wake up after three days and have a short talk with Dandelion, who will tell you about a secret conspirators' meeting in the cliff house (M23, 2). Go there to learn more about the situation. There you will meet Roche - the main conspirator.

Step 7: Head to the Kaedweni camp 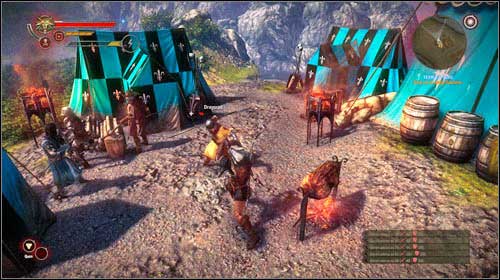 After the recent arrest the faith of the conspirators is on the knife-edge and you have to quickly warn everyone. Run with Roche to his camp (M25, 15) to warn Ves and the rest. Unfortunately you will only come across Kaedweni Soldiers there - take care of them. From one of the prostitutes you will learn that everyone have been asked to come to the camp for a feast.

Step 8: Go to the camp canteen 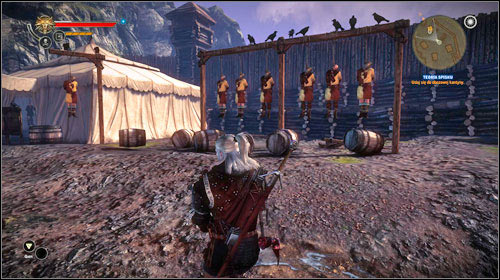 After getting to the camp, you will have to deal with a few soldiers. Eliminate them and head to the canteen (M25, 3). Unfortunately you will see how the whole feast ended - all the conspirators had been hanged. The only one to survive was Ves, who however was raped by Henselt.

You will unlock Vergen Besieged.