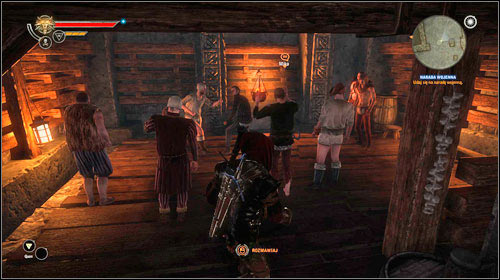 While in the tavern, it's quite impossible to miss the bog crowd watching a fist fight. Talk to anyone to start talking with Sheridan. Just like in Flotsam, you will be able to participate in a small tournament. By defeating the enemies, you will move up and fight stronger ones. Your first enemy will be Young Zis. A fist fight is just a Quick Time Event (QTE) - you have to press the buttons that prompt on the screen. 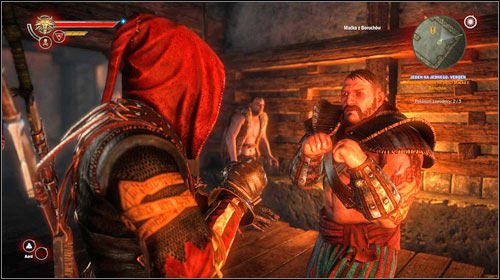 Your next enemy will be Stel Placeholder. You shouldn't have any problems with defeating him.

Your last enemy will be Macko z Boruchowa. If only you don't make a mistake, you shouldn't get hit and lose because of that.

After you defeat the third enemy, Silgrat will arrive and challenge you to a fight. Your decision will have consequences in the future: