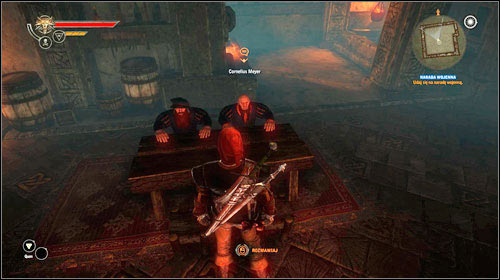 In Vergen you can find a few dwarves eager to play dice poker, however before being able to challenge them, you must first defeat Brunon Biggs and Cornelius Mayer. 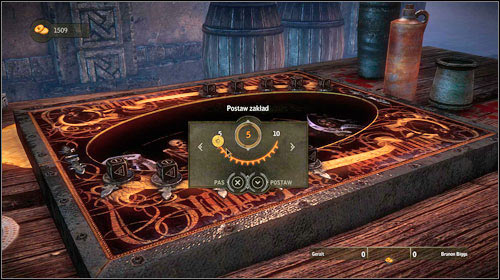 Step 3: Win with the elder, Cecil Burdon, in dice poker

Your second to last enemy will be the elder, Cecil Burdon, who you should be able to find in his house (M15, 12). This time wining might not be as easy, the elder tends to be very lucky.

Your last enemy will the runesmith apprentice, Hagart, who can be found in the upper part of the city (M15, 13). If only you win, you will be able to take the money or the formula for one of three meteorite steel types (blue, red or yellow).