Received from: Automatically after finishing Prelude to War: Aedirn. 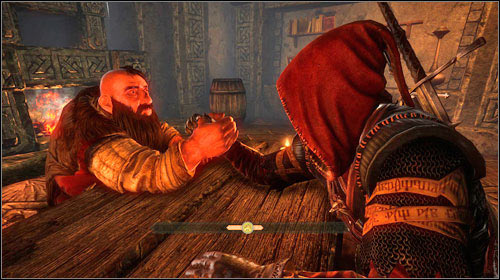 You can catch Yarpen Zigrin right after finishing Subterranean Life. Arm wrestling here is no different in mechanics from the ones you came across in the first act. You have to keep the cursor inside the yellow field, while trying to keep it from reaching the left side (check the screen above). The closer the field is to the right (to your advantage), the smaller the yellow field gets. It's also smaller if you wrestle with a stronger opponent. 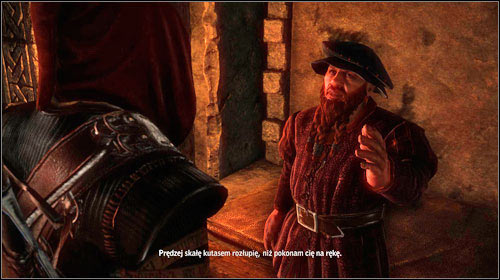 Your last enemy will be Skalen Burdon. He's easiest to find by night, in his house (M15, 11). He's the last one in line, meaning you have to defeat the two previous enemies before being able to fight him. The fight itself might be quite challenging, with the yellow field being small from the start and the cursor being even more responsive. You will learn of someone even stronger, who you might want to wrestle - The Mighty Numa - However he can be met only in Act 3.