Received from: automatically after finishing The War Council.

Step 1: Find the Dun Banner's standard and Vandergrift's sword. Then see Philippa about the remaining artifacts.

You will unlock Death Symbolized.

You will unlock Hatred Symbolized.

In order to continue, you have to complete Death Symbolized and Hatred Symbolized. 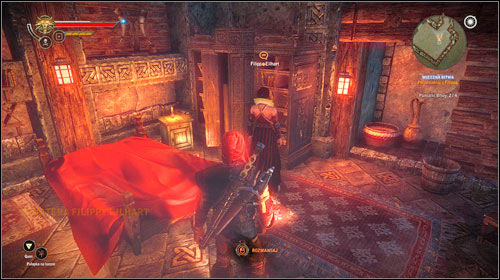 After obtaining both artifacts, talk to Philippa Eilhart at her house (M15, 14) and tell her you're ready for the battle.

Step 3: Take part in the ghostly battle within the mist

Leave Vergen through the west gate (M15, 7) and head towards the Mist. After getting there, a ghost of each fraction will "enter" you from time to time.

Step 4: Defeat the Kaedweni standard bearer and capture the banner 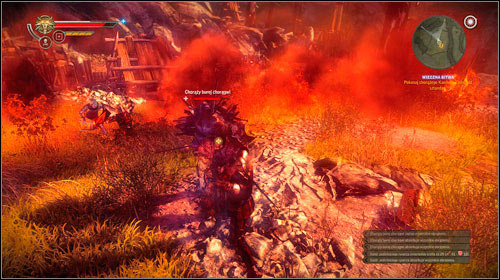 Step 5: Inform the commander that the enemy has captured the standard 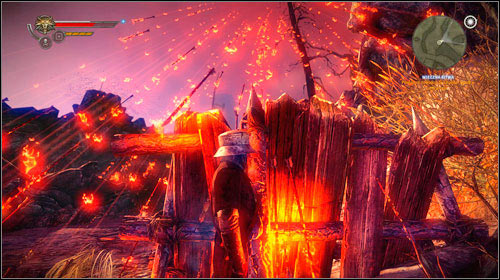 This time you will be taken over by an enemy ghost. You have to inform the commander that the standard has been lost. The task isn't' easy, as you're being attacked by burning arrows fired by your own men. The tactic however is straightforward - run to a wooden cover, wait for all arrows to hit the ground and run to the next cover. Eventually you will reach the commander (M14, 4). 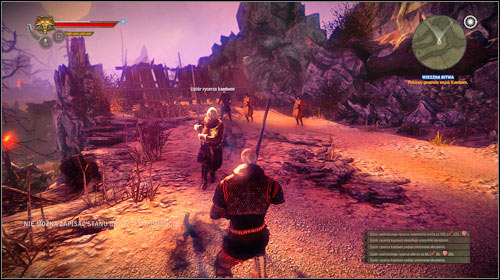 This time you will be in control of Seltkirk. Keep heading forward until you reach a barricade (M14, 5). Defeat the wraiths guarding it and the barricade will be destroyed. 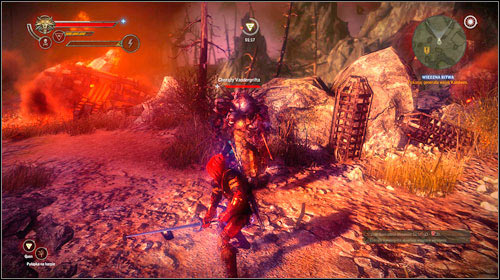 You will reach place of meeting with the Visitor (M14, 6). This time Geralt will propose Seltkirk's ghost to leave - it will listen and you will have to fight. The fight itself shouldn't cause you many problems - try to keep Quen active at all times and stun the enemy with Yrden. The ghost will eventually give up and start begging for mercy. 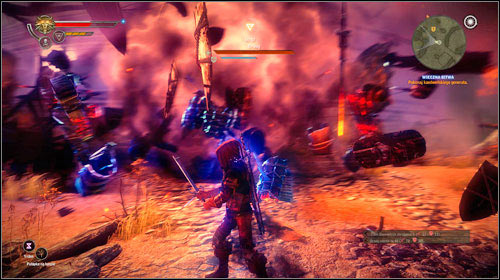 Unfortunately for him, a Draug will appear and you'll have to deal with it. The monster has a couple attacks, above all a charge which is however rather easy to notice and dodge it time. The monster can also create something resembling a tornado, with his parts circulating in it - be sure to have Quen active, so that the fragments don't damage you too much. 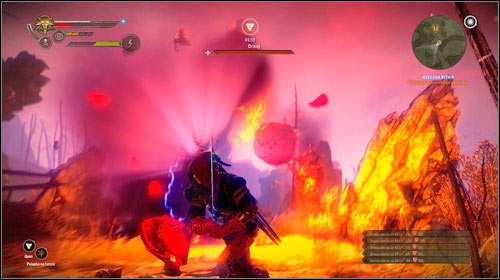 Additionally, the monster can call in a storm of burning arrows - be sure to dodge often and have Quen active at all times - and throw boulders at you. The places where the boulders are going to hit are indicated by a bright spot on the ground. It's best not to attack Draug from the front, but wait for him to perform a charge, dodge it and attack from behind - otherwise you will first have to damage his shield (blue bar).

Step 7: Lead your unit to the king's position 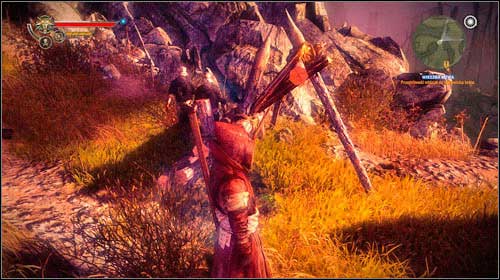 The last task will be leading the unit to a safe spot, which is the king's position (M14, 7). Once again you will have to look out for flaming balls falling from the sky. You can see where they're going to hit, as the target spot will be lit.

Once the mist is gone, you will have another flashback, connected with Returning Memories.

You will unlock Vergen Besieged.