Step 1: Find Zoltan in the tavern 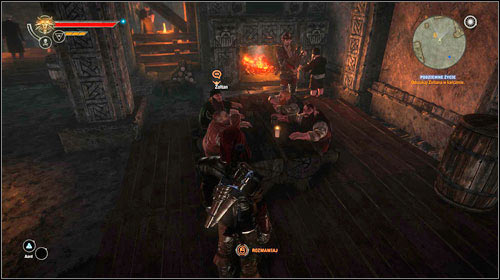 You can start your search for the immortelle by talking with your dwarven friend - Zoltan - and ask him if he doesn't know where to look. You can find him in the tavern (M15, 1), sitting together with other dwarfs and Dandelion. You can have a drink with them or ask for the immortelle at once. 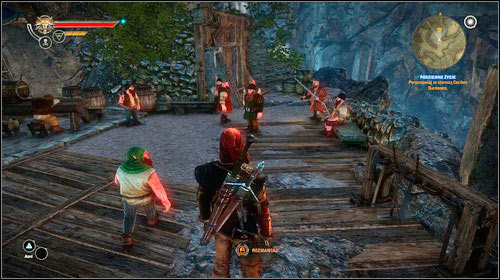 Go meet with the dwarves by the mine (M15, 9), whenever you're ready to go inside.

Step 3: Go down to the lower tunnels to find the immortelle 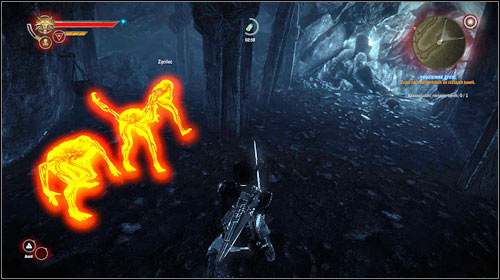 Right after entering, it's worth to use Cat to get a better view of the dark corridors. The places where Rotfiends appear have been marked with a red exclamation mark on the map (M16, !). 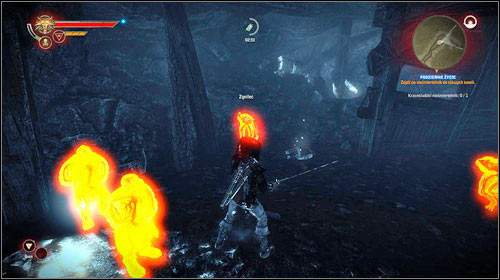 Go into the first tunnel on the right and at its end you will find a body with: upper shaft key, Balin's first map and Balin's journal I. The map can be viewed as whole in the guide, under M16. Use the key to open the upper shaft door (M16, 4). Move on and you will come across some more Rotfiends. In the next branch you will find another corpse (M16, 5), with similar items beside him: middle shaft key, Balin's second map and Balin's journal II. 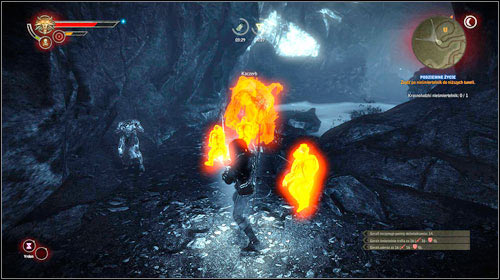 Having the next key, go through the middle floor door (M16, 6). Soon you will come across another group of Rotfiends, accompanied by a Greater Rotfiend. Nearby you will find the third corpse (M16, 7) containing the lower shaft key, Balin's third map and Balin's journal III. Backtrack a bit and follow the corridor to the door leading to the lower shaft (M16, 8). Eventually you will almost reach the destination point, however you'll have to first defeat a giant enemy - Bullvore. You have the dwarves to your aid, but still you have to take care of the Rotfiends first. However be careful, as wherever you kill them, more will appear moments later. Use Yrden against the main boss and try to attack him from behind. Remember about using the silver sword and the monster should eventually fall. 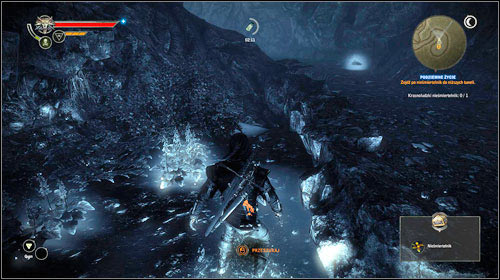 Now you can safely pick up the immortelle. Nothing can stop you from picking up every single one found in the cave - they might come in handy later on as an alchemy ingredient. Now you can leave the mine - you won't come across any more monsters on your way (M16, 1).