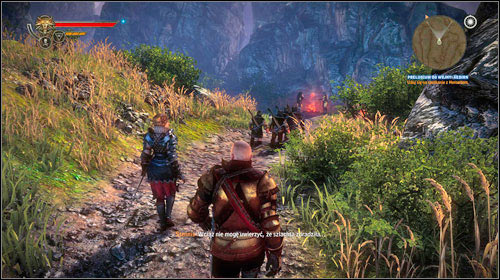 You will begin the second act as Stennis. Together with Saskia and Olcan, head towards the tent, where you will meet with Henselt (M13, 1). 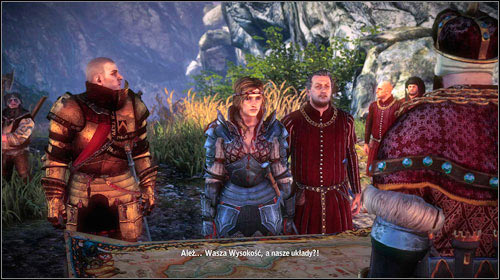 After getting there the discussion with king Henselt will begin. Irrespectively of how you lead the conversation, Saskia will eventually lead to war breaking out. 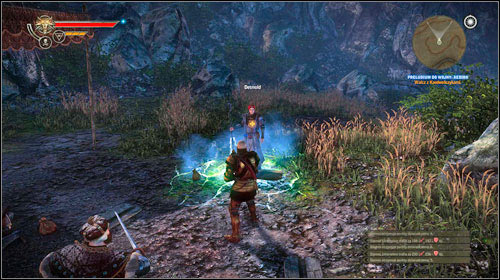 A fight will break out - as you don't control Geralt, you can't use signs or even dodge. However the fight shouldn't be too hard, as you're aided by multiple soldiers. Focus on the enemy priest - Detmold. He like to teleport, so you won't be able to deal too much damage at once. Also look out for his spells.

Step 4: Protest Saskia from the wraiths 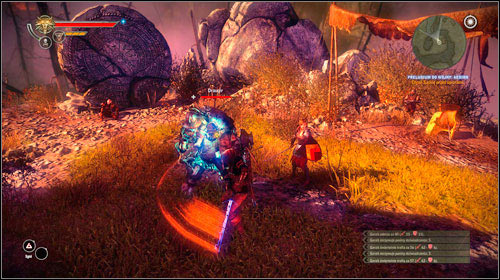 The events will focus on Geralt's arrival. After a short talk with the dwarves, the sun will go out and you will head to where the kings are meeting. Aedirnian Knight's Wraith will start appearing. Your task is to protect the Dragonslayer. However you have to look out for the Draugirs more than for the phantoms - large, massive monsters. Stun them with Yrden and don't fight at close range for too long - jump off often. 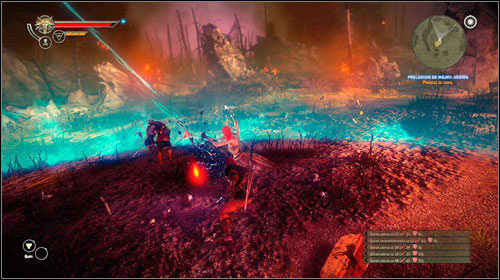 After the fight, Philippa Eilhart - the sorceress protecting Saskia - will appear in the form of an owl. Keep following the owl and try not to go out of the protective circle which she has created. When only one of the wraiths steps into it, it will be shocked - on lower difficulty levels you won't have to do pretty much anything. On higher difficulties, you might have to finish off the ones which got through. However three times during the travel, the owl will be blocked by wraiths and a Draugir will appear as well. You have to eliminate the wraiths which are holding the owl. They like to disappear often, so stick with quick attacks to jump between the wraiths and avoid getting hit by the Draugir. After reaching Vergen (M14, 1), the gates will be locked until the war council ends.

You will unlock The War Council.

You will unlock Bring it on: Vergen.