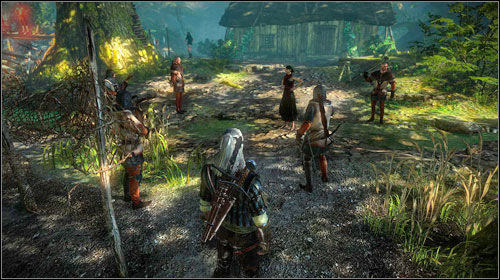 In Lobinden, you will come across a group of guards and one elf, Malena (M7, 17). The mission will activate once you get closer - join the conversation. The men are suspecting the woman of being a Scoia'tael spy and additionally two of their companions have gone missing - they've been last seen with the elf. After hearing out all of them, you have two options:

Step 2: Head to the cave below Flotsam 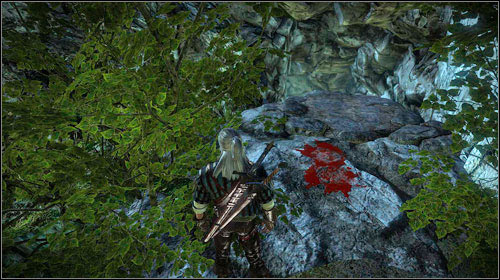 If you decided to investigate the matter, Malena and the guards will head to the cave (M7, 18) which the two missing soldiers had entered. Right beside the entrance you will find blood trails. Examine them to learn that there might be more further. 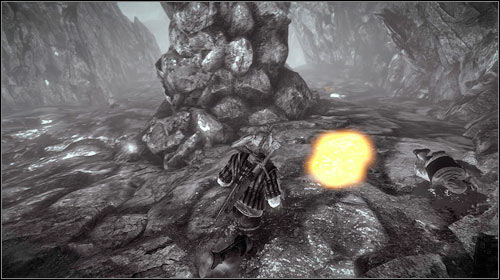 The blood trails are easiest to find with the Cat. You can prepare one on your own if you have already used up everything. 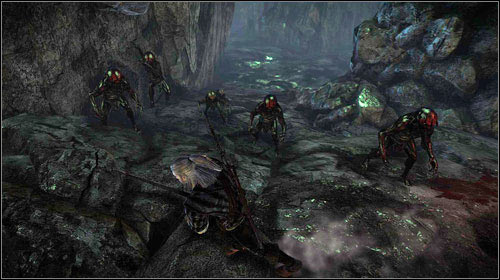 You can drink it at once or after defeating the big group of Nekkers (M9, 2) waiting for you inside. The potion lasts for only 5 minutes, so you might have to use more than one if you're playing on higher difficulty settings. The monsters are high in numbers and it's hard to eliminate them individually, as they tend to attack you all at once. Above all remember about Quen, which will protect you from unblocked attacks. 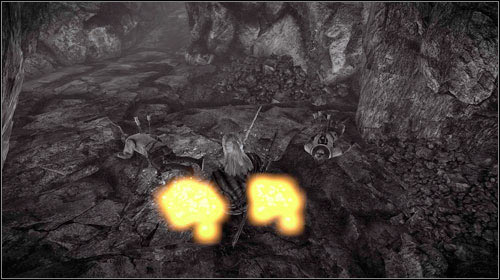 Following the trails, you will eventually reach two dead soldiers (M9, 3). Examine the bodies to find Scoia'tael arrows - everything is clear, the woman lured the men on purpose. 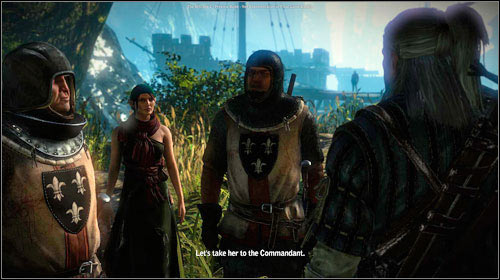 Return outside (M9, 4) and talk with Malena. You will be able to decide her faith. Your first decision is telling about the cause of death:

You can tell that the soldiers have been killed by Scoia'tael. Afterwards you can hear out the elf or send her to Loredo. You decide to hear her out. Description in Step 5, Option A.

If you send the elf to Loredo, the mission will end.

You can tell that the soldiers were killed by monsters. Description in Step 5, Option B. 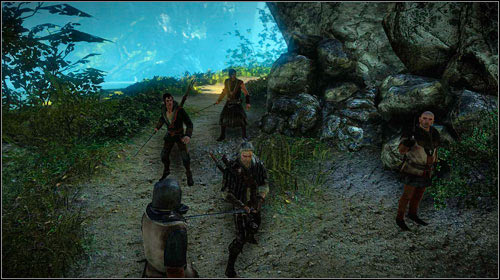 If you told that the men were killed by Scoia'tael and then believed the elf, you will have to follow her.

After a few steps you will fall into a trap (M8, 9). You will have to face a couple Scoia'tael, however there will still be some guards on your side. They won't be too much help in case of fighting, but will effectively draw the enemies' attention, allowing you to eliminate them one by one.

Prize: 125 XP. Orens - depending on how many guards have survived.

Step 5, Option B: You lied. Meet Malea by the waterfall beside the ruins 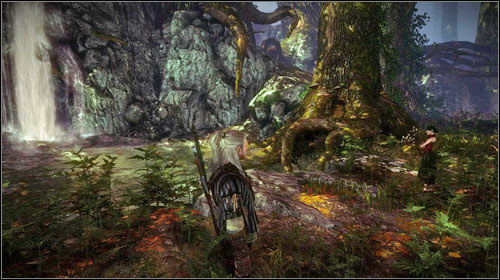 If you decide to lie, the elf will be grateful and will want to thank you. She will arrange a meeting beside the waterfall (M8, 8). After getting there you will learn that even considering your best intentions, you know too much and dead bodies are best at keeping secrets. You will be attacked by a Scoia'tael squad. 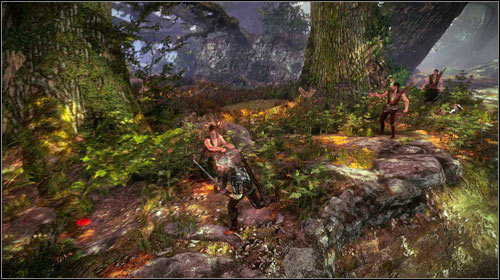 There's a possibility of Drowned men or Nekkers appearing. The monsters should help you a bit. You can also help your luck and run deeper into the forest, where the elves should follow you. If you decide to fight him, you will have quite the nut to crack. The elves play hard and will attack all at once. Your main ally will be the Quen sign, which will protect you from the enormous amount of attacks coming your way. 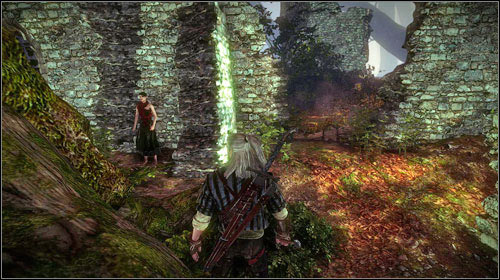 The mission won't end with eliminating all the enemies - you still have to find Malena. She can be found beside the ruined hospital (M8, 9) - connected with In the Claws of Madness - hidden behind one of the walls. You can either kill her yourself, let go or send do Loredo. Whichever option you choose, the mission will end.