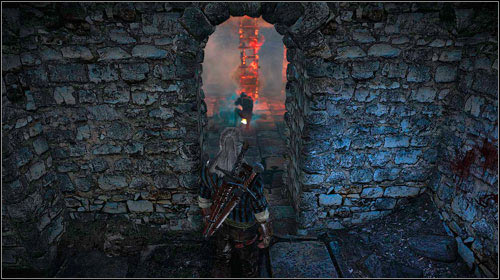 After the conversation you will see the ghost for the last time (M10, 15). Head to the big room where the Nilfgaardian's Ghost is (M10, 16). He will demand the hearts and eyes of Rupert and Gridley.

Leave the ghost and head to Gridley, who's now a bit further (M10, 18). Tell him that you have found the ghost and that it's high time to join Rupert outside. During the conversation on the surface you will have to make a choice:

Step 10, Option B: Lure Rupert and Gridley into the trap

If you decide to lure Rupert and Gradley into a trap, you will be automatically moved to the Ghost room in the hospital. The mission will end.

Step 10, Option A: Obtain eyes and hearts of Nekkers or buy pig organs from the butcher in Flotsam 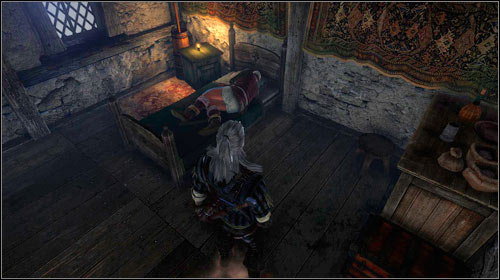 If you tell the men that the Ghost wants them dead, plus their hearts and eyes, Rupert will come with an idea of using pig organs, which are hard to distinguish from human and the ghost shouldn't notice it. You will think of Nekker organs, but won't be entirely convinced to this idea. Nekkers can be found in the woods, while obtaining pig organs will require heading to the butcher in Flotsam, Amadeus Miller (M7, 19). You will find him either in his house or outside.

Step 11: Give the ghost the eyes and hearts of Nekkers / pigs 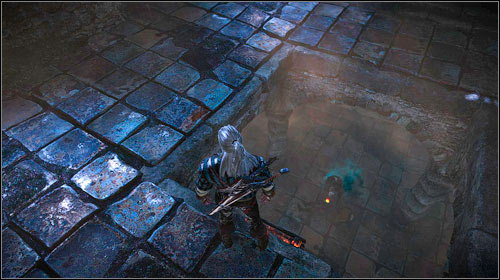 If you obtain the eyes and hearts, you can head to the Ghost. You might want to use the shortcut - go through the window (M10, 3) and afterwards down the ladder (M10, 19). The wooden floor will rumble as soon as you step on it. 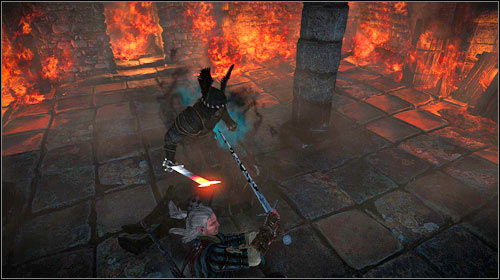 If you give the Ghost the Nekker organs, he will immediately note that you're trying to cheat him and will attack you. The fight itself isn't very hard, however you will have to look out for the fire around the room. Try not to get burned, as you will just lose health unnecessarily. The pillars and the ladder might also cause trouble, so try to use Yrden to immobilize the enemy.

Step 13: Talk with Gridley and Rupert

After the fight, return to the surface - go up the ladder. Rupert and Gridley will be waiting for you. Talk with them. You must decide whether to punish them by sending them to Loredo or let go. The choice doesn't really matter and the mission will end.