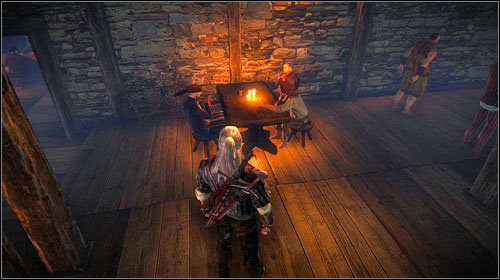 If you want, you can try you can your, you can try your luck at dice poker. A few players can be found by the table in the lower part of the tavern (stairs on the right, beside the tavern entrance). Sindram will play with you only after you defeat two other players sitting by the same table: Bendeck and Casmir

Step 2: Win in poker with other players 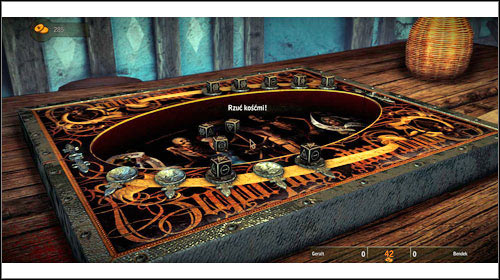 The mechanics and rules are very simple. First you place a bet: 5 - 10 orens. If you bet less, the enemy will be able to bet higher. Afterwards you make your throw.

Step 3: Win in poker with the townsman in the tavern

After defeating Bendeck and Casmir you can play with Sindram. The rules of course are the same as before.

After defeating the townsman you can challenge another player - Einar Gausel (M7, 11).

Step 5: Win in poker with Sendler 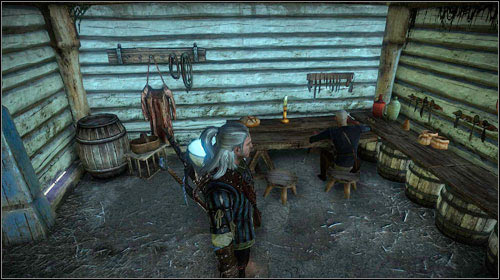 The last enemy in Flotsam is Sendler (M7, 8) - he usually resides in his house. After defeating him, you will be able to choose either orens or traps.