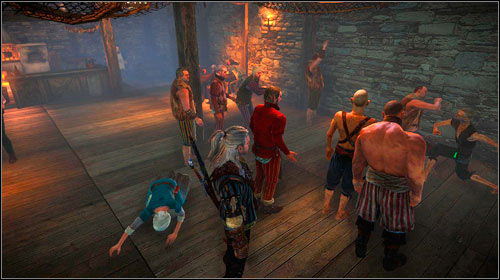 It's quite impossible to miss and not hear the fighting men in the lower part of the tavern (the large gathering of people also speaks for itself). Speak with anyone and Sheridan will automatically join in. He will offer you a fight with very easy rules - you have to defeat your enemy. Fist fighting is just a Quick Time Event (QTE) - you have to press the proper buttons when prompted. Your first enemy will be Stycho - he should be no match for you, even if you miss some hits. 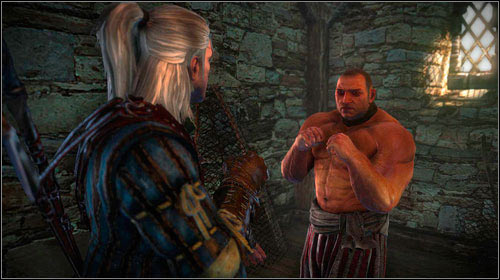 The second enemy is Fliparse and just like before - you shouldn't have problems with handling him.

After this fight, you will be called by Ziggy, who will offer you fights with higher stakes. You will unlock Fight Club.

The last enemy is more experienced than the previous ones, so try not to get knocked out and don't mistake the buttons. Win to end the tournament and become the champion.