Step 1: Head out to meet with the Scoia'tael 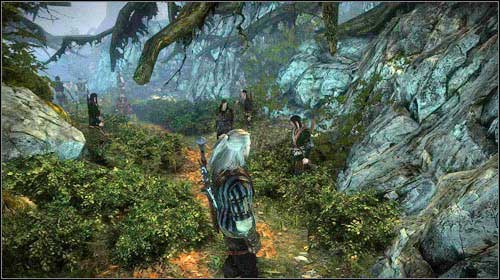 If you decided to take the Scoia'tael path, head to the meeting point in the depth of the woods (M8, 23). There you will meet a Squirrels squad and Iorweth or Zoltan (depending on the choice made before fighting Letho). You can choose one of two plans of approaching this mission:

Step 2, Option A: Escort Iorweth to the prison ship 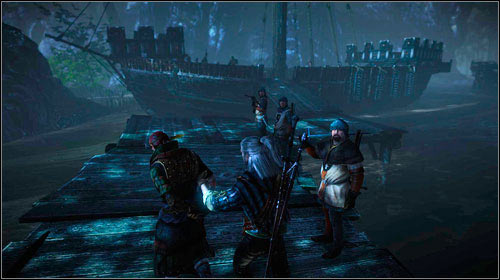 This plan is definitely easier and shorter. Above all you won't have to face a massive amount of guards in the harbour. However on the ship itself you will be only able to count on yourself and Iorweth. Head together with the elf to the city gates - you will pretend that he's been caught by you. Once you are allowed inside the city, head forward to the prison ship (M7, 28). On your way you will be stopped by a guard who will be more than happy to hit you companion - you can either let him do that or chase away with Axii hex, intimidation or persuasion - the choice is of no significance. 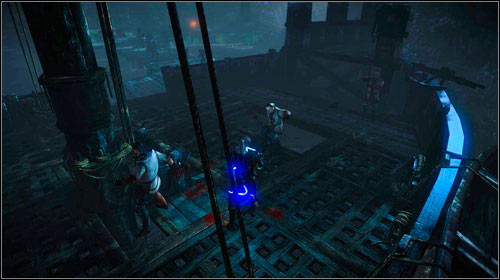 Once you reach the ship, the fight will begin. You will be on your own and even though the guards won't be high in numbers, the small space might cause you some problems with dodging. Therefore it's worth to use Quen. After clearing the deck, a cutscene will start during which Loredo will set fire to a tower with elves inside and run to the city himself. You must make a choice now - it however won't influence the future events in any way:

Step 2, Option B: Go up the cliffs 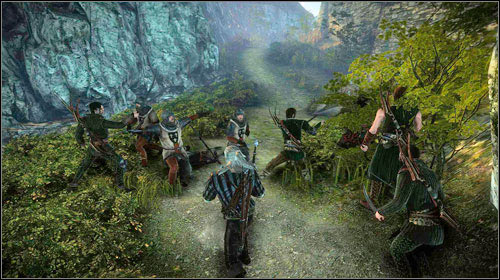 This plan is a bit harder, but you will fight alongside a whole Scoia'tael squad. Follow the elves towards the cliffs (M8, 24). On your way you will meet a few guards, but you should handle them with no problem. Look out for those with crossbows and try to eliminate them first. Push forward while clearing the path of any soldiers. Right before splitting you will see Roche's ship in the distance.

Step 3: Lead the Scoia'tael to the shore

After splitting, follow the Scoia'tael for a bit. You will reach the wharf - in the distance you will see a large group of guards, but you won't be able to warn Iorweth / Zoltan - the Squirrels will attack. 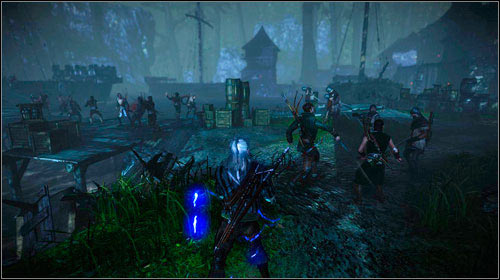 Fighting you way to the ship (M7, 28) won't be easy. Regardless of the guards' initial numerical superiority, try to fight at close distance to limit the possible crossbow attacks. Try to have Quen active at all time and also push the guards into the water with Aard. As you're not alone, you won't have to fight with a big group of enemies at once. 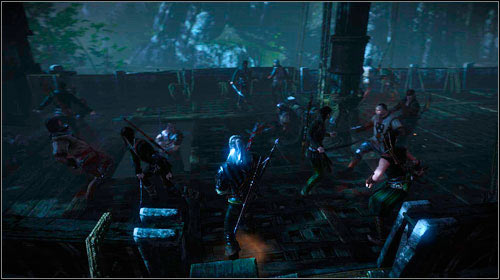 If you went with Zoltan, you will have to free Iorweth - he's tied up at one end of the ship. You can have problems with clearing the ship, as the small space might cause you some problems with dodging. Therefore it's worth to use Quen. After clearing the deck, a cutscene will start during which Loredo will set fire to a tower with elves inside and run to the city himself. You must make a choice now - it however won't influence the future events in any way:

Step 6, Option A: Save the elves 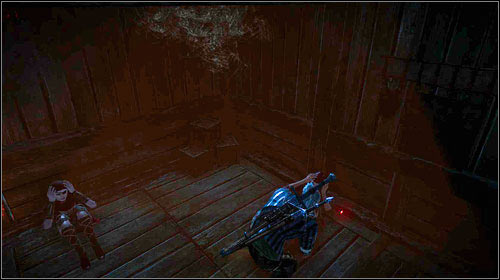 If you decide to save the prostitutes, you will first have to deal with three civilians and two guards by the tower. The civilians are equipped only with shovels, so eliminating them shouldn't be problematic. The guards will be a bigger problem - try to eliminate them fast, by for example throwing them into the water with Aard. Run into the tower and climb up the ladders. Every second counts and also you have to look out for the fire! After reaching the top, untie three elves by quickly pressing the left mouse button. After saving everyone (or not), you will all jump through the window and into the water. Iorweth will take you from the water and you will swim towards Aedirn together. The mission will end. Right before leaving, you can ask about Roche - go to Step 8. 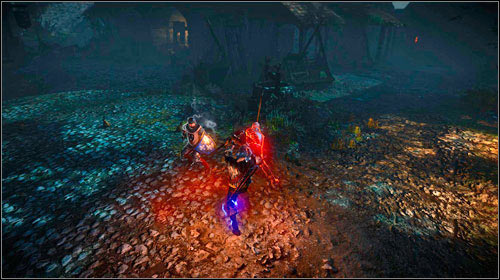 If you decide to chase Loredo, run towards the city centre, towards the gallows (M7, 1). On your way you will have to deal with three civilians and a few guards - use Aard to push them into the water. Once you reach the spot, you will have to first eliminate four guards. Axii will come in handy, you can use it to take over one of the attacking bruisers and lower the amount of opponents attacking you at the same time to two. Dodge often. You can try to attack from a distance, jumping forward and performing quick, short attacks. Once it's time to fight Loredo, it will get a bit easier. Apart from a single guard (it's worth to use Axii here as well and make them fight for you), Loredo won't have any help. You however have to look for his halberd attacks - it's best to attack him from behind, stunning with Yrden beforehand to make it possible.

Step 7: Get onto the prison ship, to Iorweth 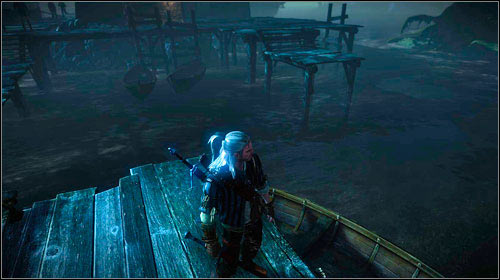 After defeating Loredo you will have to return onto the ship. You shouldn't come across any surprises on your way. You can choose one of two boats (M7, 31). Right before heading out, you can ask about Roche - skip to Step 8. 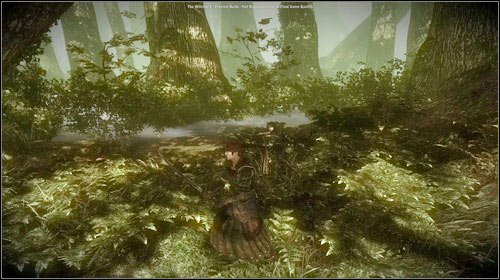 Iorweth, asked about Roche, will memorize his fight with him. You will be only able to carry out attack, without dodging. The outcome of the fight doesn't matter, it only will be mentioned by Iorweth during your conversation on the ship.